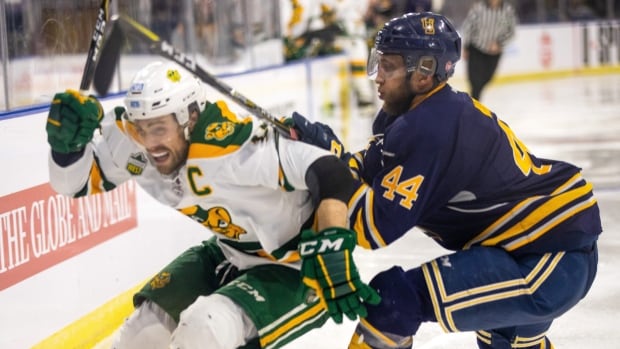 Men’s and women’s hockey at the University of Alberta has been reinstated for next season because of financial contributions from donors.

The Edmonton university suspended hockey, basketball and volleyball for 2020-21 because of financial pressures wrought by both the COVID-19 pandemic and cutbacks in provincial government funding.

The Golden Bears and Pandas can ice teams next season because of “support from alumni,” the university said in a statement on its athletics website Thursday.

Alberta announced a hiatus for the three sports June 17.

Schools must declare by June 30 their sports for the upcoming season, so the Canada West conference’s approval was required to reinstate Alberta’s hockey teams.

The conference greenlighted the teams’ returns Thursday following a request from the university last week.

“Our Canada West Board understands that we are not dealing with business as usual, and that flexibility is required to ensure we do everything possible to allow our members to navigate these uncertain times,” conference president Clint Hamilton said in a statement.

“If it’s determined that a Canada West hockey schedule is possible for this season, we are pleased that the University of Alberta’s Golden Bears and Pandas programs will take part.”

Canada West cancelled team sports for the rest of 2020 because of public health concerns about the pandemic.

A decision on whether to start seasons in January will be made by Oct. 8.

The Golden Bears have won the most national men’s hockey championships in the tournament’s history with 16.