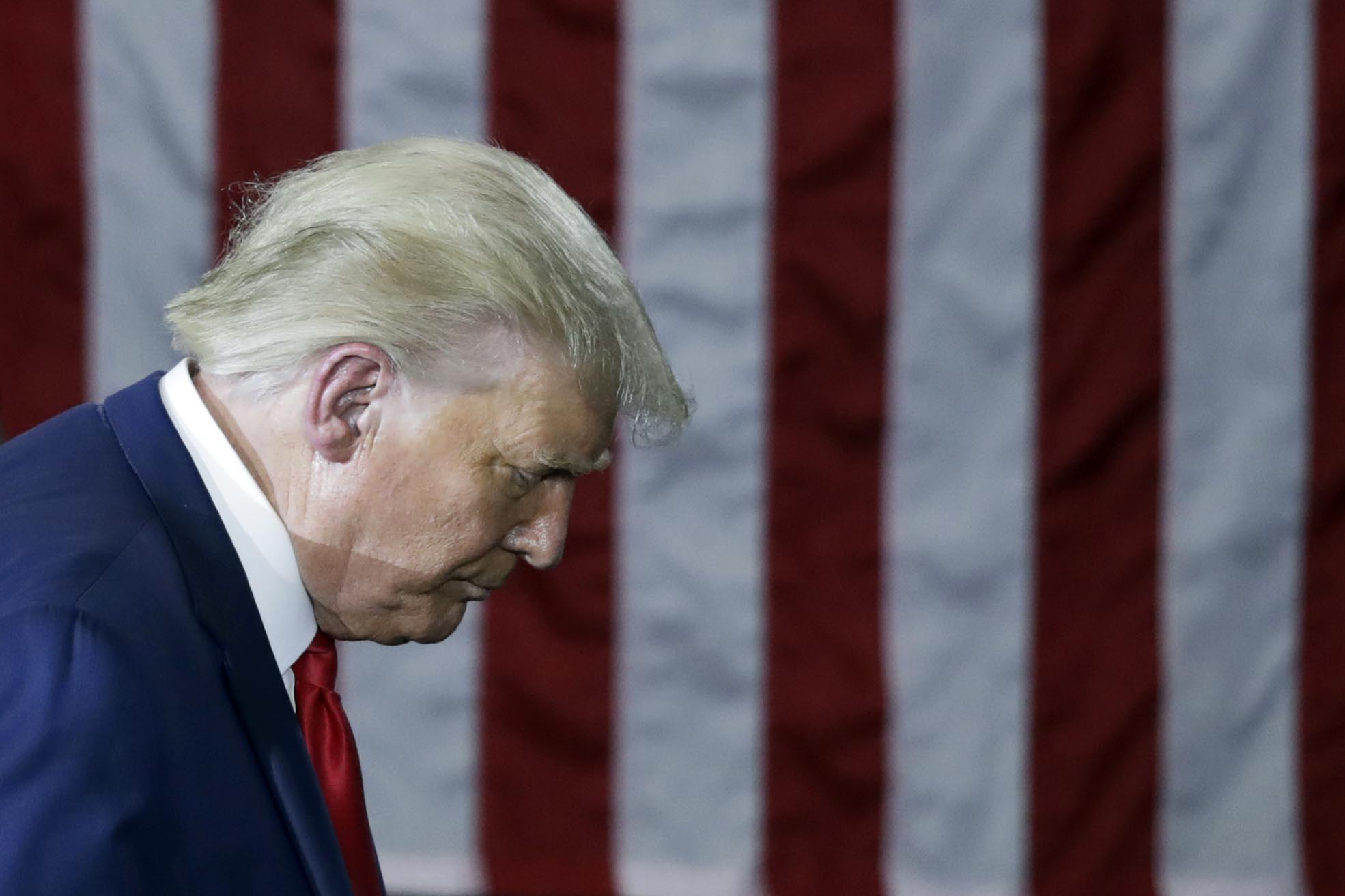 President Donald Trump leaves the stage after speaking during an event in Ohio. | AP Photo/Tony Dejak

In the 2016 campaign, Hillary Clinton’s campaign paid for the opposition research book on Donald Trump compiled by the liberal Super PAC American Bridge.

In 2020, American Bridge is putting it online for free.

The group on Friday is publishing 1,043 pages of its research document on Trump on a new website that was used internally before. It wants the material in public view not so much for voters, but for other Democratic groups to use to campaign against the president.

“After spending years investigating Donald Trump, his grifter family, and cabinet of cronies, American Bridge 21st Century has compiled the most extensive and exhaustive public file on the president,” said Pat Dennis, Research Director for the Trump War Room at American Bridge 21st Century. The website in particular focuses on Trump’s response to COVID-19, corruption, and then various other issue areas.

Opposition research files used to be closely held by party operatives. But American Bridge is joining a growing number of outside political groups uploading their documents online so that campaigns can access them without breaking campaign finance rules.

Election laws prevent coordination between independent expenditure groups and campaigns. So campaigns and outside groups have been devising methods to get around those rules: posting b-roll of candidates for use in super PAC ads or posting ad scripts online for other outside groups to see. Uploading the documents online is the latest method to pass on help without technically coordinating.

The practice of only sharing research with reporters for one-off negative stories is becoming less effective, according to American Bridge, especially with Trump who has withstood an avalanche of such pieces. “Opposition Research is often pegged as a ‘dark art’ focused on gotcha moments, but the actual work is about connecting disparate data points to tell a much bigger story,” Dennis said.

Founded by the controversial operative David Brock, American Bridge has access to some of the wealthiest benefactors in Democratic politics. It has raised over $43 million and spent over $33 million for this election so far, the most for any cycle since its founding, according to the Center for Responsive Politics.

American Bridge hopes its site will be a resource for fellow liberal super PAC’s and campaigns, including Joe Biden’s. Some strategists in swing districts,however, said they have been less focused on Trump and instead have focused on issues such as health care.

But American Bridge said the site can help Democrats all read from the same book. When it comes to Trump, Dennis said, “the challenge isn’t uncovering corruption or broken promises, it’s translating mountains of information into coherent and digestible storylines.”