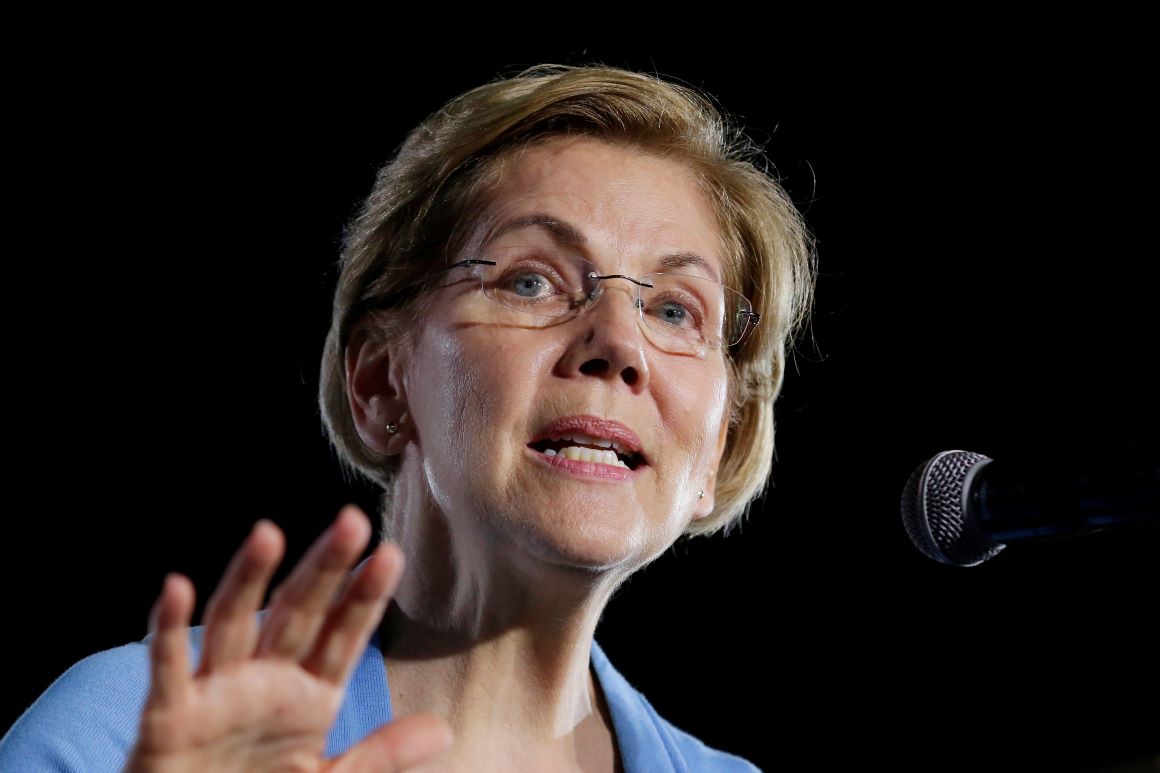 The Democrats vying to be Joe Biden’s running mate have made the rounds of the Sunday shows. They’ve enlisted surrogates to talk them up to the vetting committee and have been preparing for their one-on-one interviews with Biden himself.

But as the vetting process enters its final stage, there’s another lesser-noticed facet to the veepstakes: how much cash the contenders have raised for him, and their ability to juice donations if they’re chosen.

Of Biden’s prospective running mates, Sen. Elizabeth Warren has brought in the most money for him, totaling more than $7.7 million combined from a high-dollar event — which she vocally swore off during her own campaign — and a grass-roots event that drew 50,000 participants. She’s also sent multiple emails to her own small-dollar list, as well as his. On Tuesday, Warren will host another event for Biden, alongside Rep. Katie Porter (D-Calif.), with tickets ranging from $250 to $25,000, according to an invitation obtained by POLITICO.

Sen. Kamala Harris — who headlined two fundraisers alongside Biden and appeared at several other events — has raised more than $5 million, according to a source familiar with the total. And Sen. Tammy Duckworth has co-headlined three fundraisers with Joe and Jill Biden, and appeared at other events, bringing in more than $3 million for the campaign.

For the VP hopefuls and their donor backers, hosting events that generate eye-popping totals is “a flex,” or a means of showing off their political muscle, said one Democrat affiliated with one of the considered running mate candidates. Another Democrat aligned with a different VP contender called it a “measurable sign of enthusiasm behind certain people.”

Though Biden has said that he’s looking first and foremost for a governing partner with whom he’s “sympatico,” fundraising prowess is unquestionably a plus.

“They’re going to park the VP in a basement and have them do nothing but media interviews and Zoom fundraising calls. Maybe they’ll let them out for bathroom breaks,” said Pete Giangreco, a Democratic strategist who has worked on nine presidential campaigns. “Raising money is going to continue to be a big deal, and if you’re looking for someone with a fundraising base, like Kamala Harris, or a real draw on a Zoom, like Tammy Duckworth, then they bring more assets to the table than someone who is a nontraditional pick.”

Notably, Susan Rice — a VP finalist who was national security adviser under President Barack Obama and has never run for office herself — hasn’t hosted any fundraisers for Biden. But she has headlined two fundraisers without Biden present, according to a source familiar with the events.

Biden’s delayed decision on a running mate isn’t slowing down the machinery to roll out the duo: The campaign is preparing for a high-dollar event, billed as “Introducing our Running Mate.” Tickets range from $500 to $250,000, according to an invitation obtained by POLITICO. Those paying $100,000 or more will get a pre-event meet and greet. Details for the fundraiser “will be sent to all confirmed participants 24-48 hours prior to the event,” the invitation read.

Fifteen of Biden’s fundraisers since March — or one of every five — have featured a person on Biden’s VP list, according to presidential fundraising pool reports and interviews. The events have collected more than $20 million.

Last week, California Rep. Karen Bass headlined an event for Biden, raising more than $2.2 million. A source familiar with the event said it exceeded the initial fundraising goal by more than double. Gretchen Whitmer, meanwhile, has hosted two fundraisers with Joe and Jill Biden. The Michigan governor has drawn renewed attention in recent days after she reportedly met with Biden for an in-person meeting, chartering a flight from Lansing, Mich., to Delaware.

Raking in big cash for the nominee is not limited to vice presidential candidates, of course. Pete Buttigieg, his onetime rival in the Democratic primary who’s seen as a likely appointee in a Biden administration, has raised more than $6.7 million through events, emails and digital ads for the campaign, according to a source familiar with the total.

“They’re all trying to show off their fundraising abilities, and the advantage definitely goes to the more established candidates with broader bases,” said Doug Herman, a California-based Democratic consultant. “These are all folks who are auditioning for a spot, and this is a box that needs to be checked and they all need to demonstrate they can do it.”

Biden has nearly closed the fundraising gap with President Donald Trump. But after out-raising the president two months in a row, Trump and the Republican National Committee topped Biden and the Democratic National Committee by nearly $30 million in July.

The fundraisers held by VP hopefuls also provide a platform for donors to pitch their preferred No. 2 to the Biden campaign.

Earlier this month, Gerald Acker, a Michigan-based attorney who led a fundraiser with Whitmer, told Jill Biden that “when she gets off this Zoom tonight and goes to see the vice president for dinner, the name she ought to take to him for vice president is Gretchen Whitmer,” according to the fundraisers’ pool report.

Florida state Sen. Annette Taddeo made a similar pitch to the former second lady in May on behalf of Rep. Val Demings. “Obviously, I’m trying to push for her, as a Floridian,” Taddeo said on a fundraising call. And before Sen. Amy Klobuchar took herself out of the running for vice president, a donor told the Minnesota Democrat and Biden on a May 5 fundraising Zoom call that “you look really great together.”

“Do donors lobby for the person they want? Yes. If their person wins, they know the VP now,” said one Democratic donor. “They’re going to show up for them in force.”

The semi-public exchanges at fundraisers between Biden and prospective vice presidential candidates are one of the few glimpses of the pair’s dynamic — another side effect of the coronavirus pandemic. One moment that raised eyebrows came when Biden told Harris on April 8: “I’m so lucky to have you as part of this, this partnership going forward, because I think … we can make a great deal of difference,” Biden said. “I’m coming for you, kid.”

Just last week, at a virtual grass-roots fundraiser, Biden apologized for talking too long in response to a question about dismantling systemic racism. Warren, Biden’s co-headliner for the event, interjected: “No! Don’t be sorry, I love everything you had to say.”

“It’s all through Zoom, and that makes it hard — I’m sure it makes the chemistry part of the decision harder,” said Taddeo, who was vetted and selected as Charlie Crist’s running mate during his unsuccessful 2014 Florida gubernatorial campaign.

Warren, with her vast email list, has been particularly helpful on this front. Biden has sent four email solicitations to Warren’s own email list of supporters, as well as lending her name to more than a half-dozen emails to Biden’s list. An email announcing her endorsement of Biden on April 15 broke Biden campaign records at the time.

With days until his announcement, Biden’s campaign is fundraising off the anticipation surrounding the selection. In an email last week, he told supporters they’re invited to a grass-roots event. He said he’d be sending “the exact date, time and all the other details once they’re finalized, but I didn’t want to wait on giving you the opportunity to reserve your spot at this historic event.”

Natasha Korecki contributed to this report.