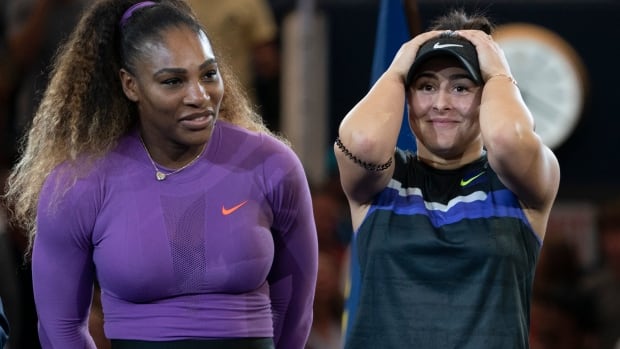 Bianca Andreescu, the first Canadian to win a Grand Slam singles championship, will defend her women’s title at the U.S. Open, but defending men’s champion Rafael Nadal said Tuesday he will skip it due to the coronavirus pandemic.

Nadal explained his decision in a series of tweets sent in Spanish and English on Tuesday.

“The situation is very complicated worldwide, the COVID-19 cases are increasing, it looks like we still don’t have control of it,” Nadal wrote.

Andreescu, 20, is ranked No. 6 in the world rankings but hasn’t played since October because of injury. She defeated Serena Williams in the U.S. Open final last September to become the first Canadian to win a Grand Slam singles championship.

Nadal, 34, of Spain called sitting out the tournament scheduled to begin Aug. 31 in New York “a decision I never wanted to take,” but added that he would “rather not travel.”

“We know that the reduced tennis calendar is barbaric this year after four months stopped with no play; I understand and thank (everyone) for the efforts they are putting in to make it happen.”

Eight of the other top 10 women’s players, including 23-times Grand Slam champion Williams, are on the entry list along with 2018 champion Naomi Osaka. World No. 1 Ash Barty of Australia had already announced she would miss the U.S. Open.

Montreal teenager Leylah Fernandez, the world No. 118, is the only other Canadian on the women’s list.

As many as 13 Grand Slam champions are in the women’s draw including, Romania’s Simona Halep, the reigning Wimbledon champion and 2018 French Open winner, and this year’s Australian Open champion American Sofia Kenin.

Organizers said the seedings would be announced closer to the start of the tournament, which is scheduled for Aug. 31.