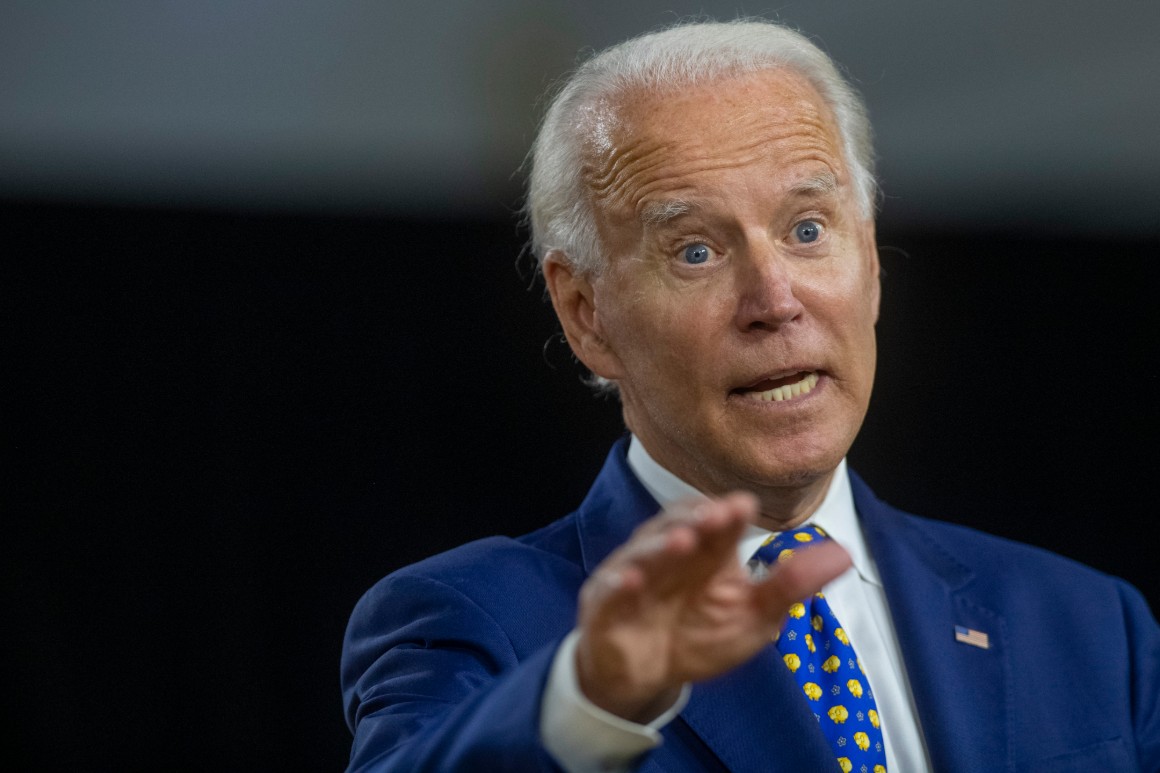 The former vice president also slammed President Donald Trump and Senate Majority Leader Mitch McConnell (R-Ky.) for allowing the Senate to go home for the weekend without an agreement to extend the increased federal unemployment benefits.

“Because Donald Trump is abdicating his responsibility to lead us out of the pandemic crisis and the economic crisis, we now face a potential housing crisis across the country,” Biden said in a statement provided to POLITICO. “To prevent a catastrophic rise in evictions and homelessness, President Trump must work with Congress to act swiftly and enact a broad emergency housing support program for renters, just as we would in the aftermath of a natural disaster.”

Biden’s statement comes as a high proportion of rent and mortgage payments are due Saturday, the start of a new month. Adding to the financial pressure facing millions of Americans, a federal $600-weekly unemployment benefit from the March CARES Act expired Friday night. The evictions moratorium ended July 24.

The former vice president called on Congress to “provide emergency unemployment benefits, greater access to food and nutrition programs, and full subsidies to allow families to keep their health insurance,” echoing the priorities of the House’s $3 trillion Heroes Act passed in May. He also pushed for more money for state and local governments, another sticking point between Democrats and Republicans.

“These steps could put the nation in a much stronger position to handle the strain the virus is putting on millions of Americans and our entire economy,” Biden said. “They are among many others we must take. But we need a President to care, lead, and act.”

The likely Democratic nominee has widened his lead over Trump in recent polls, in part because of the president’s handling of the coronavirus pandemic.

Congress has yet to reach a deal on the next coronavirus relief package. Earlier this week, Trump and top White House officials suggested they would be open to a short-term deal that would address evictions and unemployment benefits. Democrats, however, have shot down a “piecemeal “ approach.

Democrats want to see the $600 weekly unemployment benefit extended into next year as part of a broader package. But Senate Republicans argue the $600 benefit provides a disincentive to work. Senate Republicans this week released a plan that would instead give a $200 temporary flat payment for 60 days until state unemployment systems can provide 70 percent wage replacement.