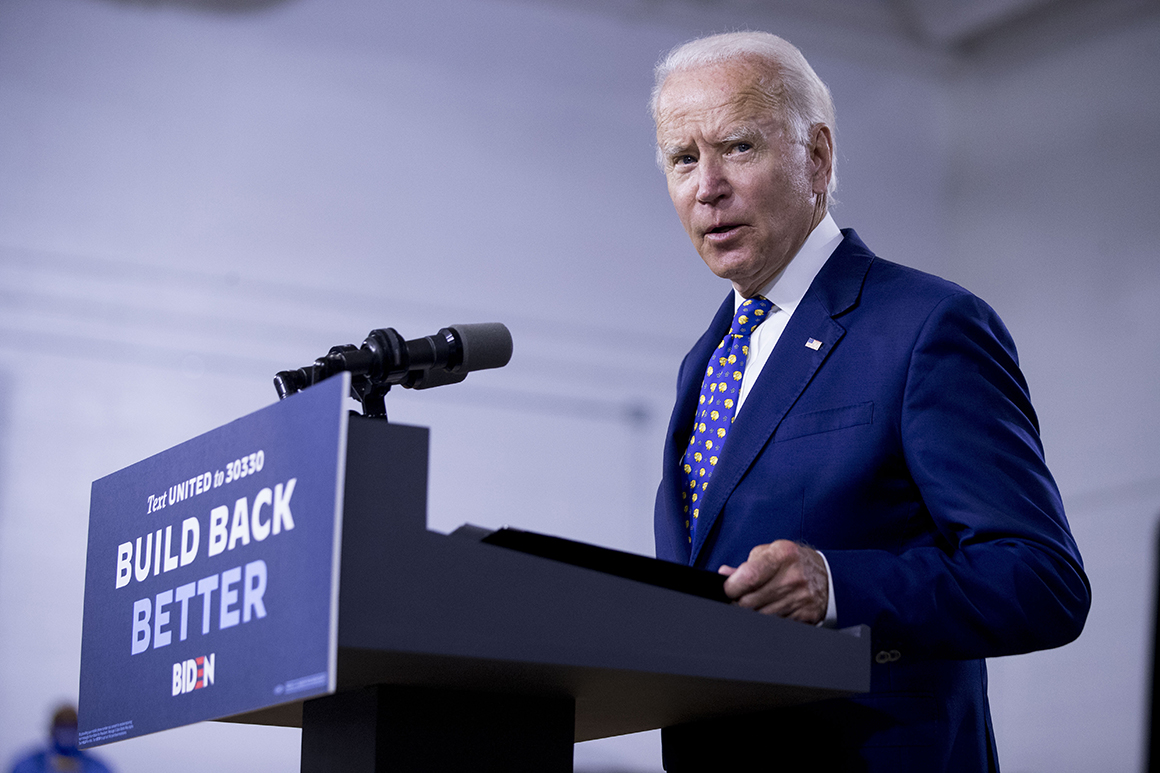 Joe Biden said in remarks on Wednesday that the Latino community is “incredibly diverse,” “unlike” the Black community.

Biden made the comment during an interview hosted by the National Association of Hispanic Journalists and the National Association of Black Journalists that was released in full on Thursday. His remarks on diversity were a response to a question from NPR reporter Lulu Garcia-Navarro, who asked a question about whether Biden, the presumptive Democratic presidential nominee, would engage with Cuba and on the differing immigration concerns between Cuban and Venezuelan Americans.

Biden’s campaign said the comment was meant to describe the diversity of political opinion among Latino Americans and was not a judgment on cultural diversity.

“If you look at the full video and transcript, it’s clear that Vice President Biden was referring to diversity of attitudes among Latinos from different Latin American countries,” Symone Sanders, a senior Biden campaign adviser, said in a statement. “The video that is circulating is conveniently cut to make this about racial diversity but that’s not the case.”

But only moments after his campaign responded to POLITICO on his interview, Biden again contrasted Latino and Black Americans — this time explicitly on the topic of national and cultural origin.

Biden made those remarks during the virtual National Association of Latino Elected and Appointed Officials conference. He eventually tweeted a thread further explaining what he meant by his comments later Thursday night.

“In no way did I mean to suggest the African American community is a monolith — not by identity, not on issues, not at all,“ Biden wrote. “Throughout my career I‘ve witnessed the diversity of thought, background, and sentiment within the African American community. It‘s this diversity that makes our workplaces, communities, and country a better place.“

Still, President Donald Trump’s campaign was quick to attack Biden over his NAHJ/NABJ interview Thursday afternoon, saying it diminished the diversity of opinions among Black voters and calling it an example of “condescending white liberal racism.”

Katrina Pierson, a Trump campaign adviser, said in a statement that the former vice president “tells a group of Black reporters that ‘you all know’ that Black people think alike. There’s a reason Joe Biden can’t count on the support of Black voters and it’s because of his plantation owner mentality.”

“Joe Biden would rather we all just shut up, get in line, and know our place,” she said.

Biden also drew criticism in May for saying that “you ain’t Black” if “you have a problem figuring out whether you’re for me or Trump.” The Democratic candidate made the remarks during an interview with The Breakfast Club, a nationally syndicated radio show, and later apologized for his comments.

Elsewhere in Biden’s interview with the journalism associations, Biden bristled at a reporter’s question about whether he has taken a cognitive test akin to the one Trump has bragged about acing. Biden replied to the question from CBS News correspondent Errol Barnett, who is Black, by saying “That’s like saying to you, before you got on this program if you had taken a test were you taking cocaine or not. What do you think, huh? Are you a junkie?”

Biden’s campaign defended those comments by calling Barnett’s question “preposterous” and “deserving of a response that showed the absurdity of it all.”