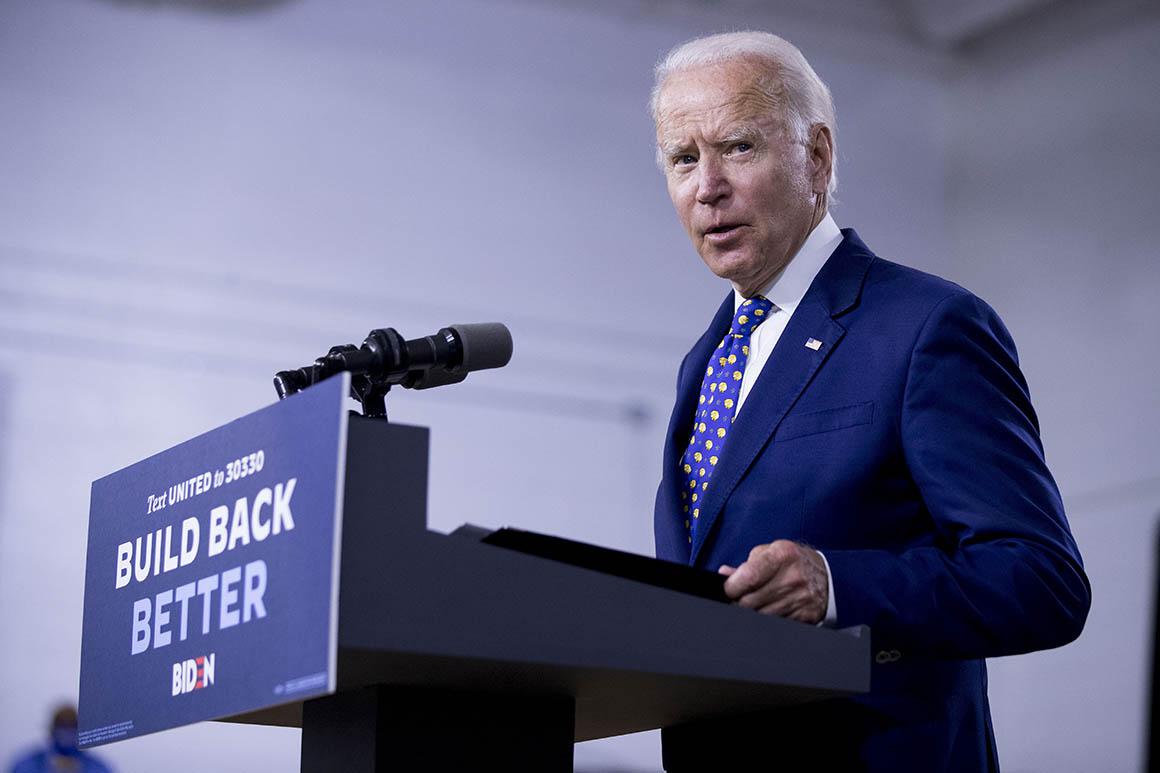 The Democratic National Convention Committee on Wednesday announced that the party’s event will be completely virtual and that presumptive nominee Joe Biden will no longer travel to Milwaukee for his acceptance speech.

The cancellation of all convention-related travel to Wisconsin marks the latest coronavirus disruption to campaigning as usual, ending any last hope of a traditional, made-for-TV bonanza that drives party enthusiasm before the November election.

Until the DNC announced the virtual change in a press release Wednesday morning, the former vice president had still been slated to deliver his acceptance speech in Milwaukee. In late July, The Daily Beast reported on preliminary convention plans that prioritized digital events and speeches from across the country — with only Biden speaking in the original convention location.

Biden will now deliver his keynote speech in his home state of Delaware, according to the press release.

The DNC cited a desire to avoid endangering the health of the city of Milwaukee and the wide range of workers who would arrive for the convention amid the pandemic.

“We followed the science, listened to doctors and public health experts, and we continued making adjustments to our plans in order to protect lives,” DNC Chairman Tom Perez said in a statement. “That’s the kind of steady and responsible leadership America deserves. And that’s the leadership Joe Biden will bring to the White House.”

The announcement comes on the same day that President Donald Trump floated the idea of delivering his acceptance speech at the White House. The GOP’s convention plans have also been scuppered by coronavirus. The party attempted to shift in-person events from Charlotte, N.C., to Jacksonville, Fla. before canceling the change over health concerns.

Perez struck an upbeat tone Wednesday afternoon in an interview with MSNBC and projected confidence that the virtual convention would still energize the Democratic base.

House Speaker Nancy Pelosi also backed the DNC’s decision to hold the convention virtually and for Biden to stay away from Milwaukee.

“This pandemic is dangerous and the increase in numbers just demands that we keep our distances. I commend him for doing that,” Pelosi told MSNBC. “It’s going to be a great convention. People will see it virtually and we’re very proud of him.”