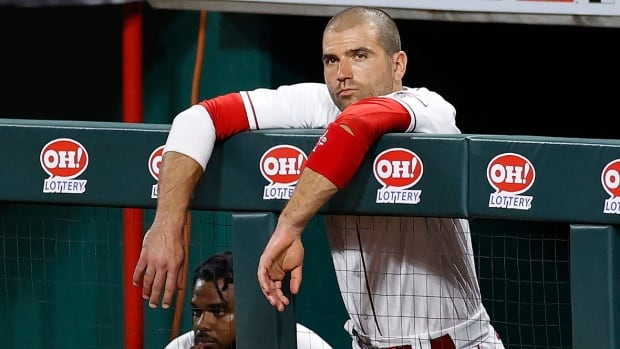 A native of Etobicoke, Ont., the six-time all-star and former National League most valuable player has not tested positive.

Votto, 36, is on the injured list without a designation and not on the 10-day IL. There is no minimum or maximum number of days a player can spend on the IL when it’s coronavirus-related.

Seven games into his 14th season with Cincinnati, Votto is batting .259 with two homers and five runs batted in.

The Reds are scheduled to play two seven-inning games in a Sunday doubleheader against the Tigers in Detroit.

Right-hander Anthony DeSclafani was reinstated from the 10-day IL to start the first game Sunday for the Reds.