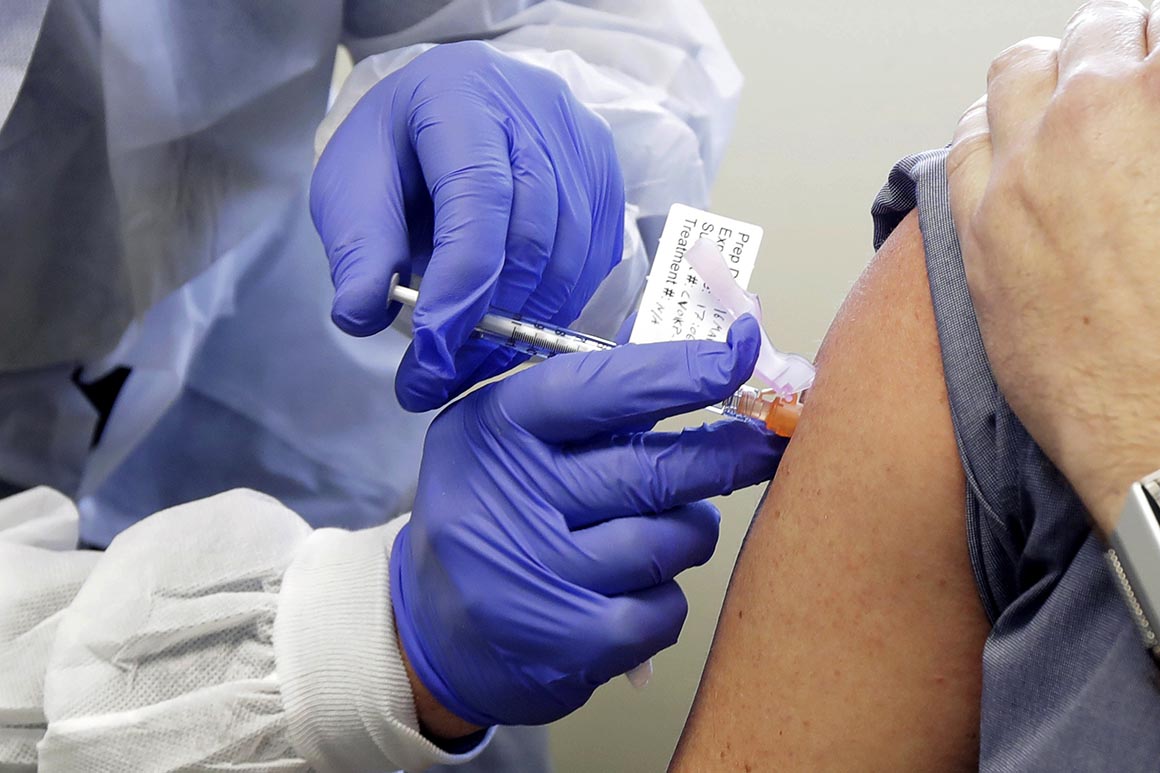 Tam said all avenues must be pursued to find a vaccine, and even more than one. | Ted S. Warren/AP Photo

OTTAWA — Canada’s top doctor is warning an eventual Covid-19 vaccine will be no “silver bullet,” and the public should brace for another two to three years of health precautions.

Dr. Theresa Tam said Tuesday that while a vaccine would be another important tool in the coronavirus response, it’s unclear how effective it will be and whether there will be enough of it to go around.

“We can’t at this stage just put all of our focus [on] the hopes that this is the silver bullet solution,” Tam, Canada’s chief public health officer, told reporters during the government’s daily pandemic update. “We’re planning, as a public health community, that we’re going to have to manage this pandemic — certainly over the next year, but planning for the longer term of the next two to three years.”

Dr. Howard Njoo, Tam’s deputy, added it’s important to “temper people’s expectations” that a vaccine will ensure everything will return to normal quickly.

Covid-19 in Canada: Tam’s warning is directed at a country that has shown more success than the United States in bringing the spread of the virus under control. She said Canada has reported 117,031 cases, including 8,947 deaths. Nearly 4.2 million people have been tested, and 87 percent of those who contracted the virus have recovered.

The quest for a vaccine: Tam said all avenues must be pursued to find a vaccine, and even more than one.

“But, really, honestly we don’t know at this stage how effective the vaccine’s going to be, whether it prevents serious illness and hospitalizations,” she said.

Tam said some flu vaccines, for example, prevent severe illness, but don’t necessarily shield people from getting the infection altogether.

On a timeline, she said a lot of the companies in Phase 3 clinical trials are hoping to produce results by the end of 2020 or early next year. But it still doesn’t mean there will be enough doses to go around as it rolls out, Tam said.

Getting ready for the longer run: Tam was asked how Canadians should prepare, psychologically, for the possibility of having to follow public health precautions for years.

The health system, she said, has been emphasizing “sustainable” habits — physical distancing, avoiding crowds, washing hands and wearing masks — that people can adopt over the longer term.

“There is no other way,” she said. “Perseverance and patience, keep going, learn your routines.”

Back to school: Covid-19’s impact on the approaching school year has been central to public policy discussion in Canada. It is also creating deep concerns among parents and teachers.

Tam said Canada will release guidance this week that will include a recommendation that kids over 10 years old should wear masks in school, while it should be considered for younger children. In Canada, the education system is overseen by provincial and territorial governments.

But she said masks are only one part of the plan — schools should be arranged to make physical distancing easier, hand washing must be encouraged and officials are studying options to improve ventilation. School staff with underlying medical health conditions may need to wear personal protective equipment, Tam added.