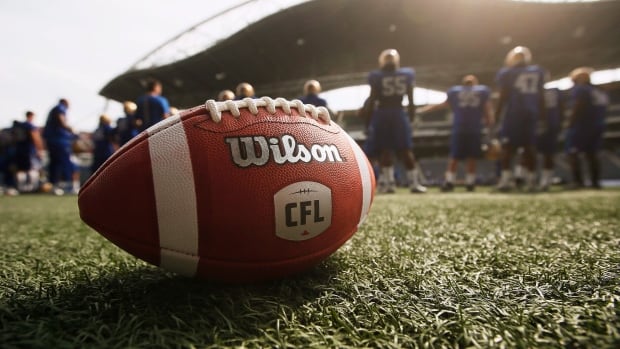 The bulk of the CFL’s $30-million, interest-free loan request from the federal government is to cover the operation of a shortened season.

A source with knowledge of the situation told The Canadian Press on Wednesday the CFL’s plan calls for approximately $28 million going towards an abbreviated campaign. The source added it’s included in the loan details the league has provided the federal government.

The CFL source spoke on the condition of anonymity as neither the league nor the government have divulged details of the loan request.

The CFL’s board of governors is slated to meet Thursday but it’s unclear what — if any — details of the league’s negotiation with Ottawa will be presented.

The federal government required cost certainty from the CFL. It also needed a specified repayment plan as well as Health Canada approval of health-and-safety protocols the league would implement during a shortened season.

Of the $28 million, approximately two-thirds (or about $19 million) would go towards covering player salaries and operation of the CFL bubble in Winnipeg, its tentative hub city. Roughly half the overall total (or around $14 million) would be allocated for hub-city costs like food and lodging, testing and buses for players, coaches and support staff.

That’s a great return on investment for the Manitoba government. It included $2.5 million in its bid to the CFL for Winnipeg to be the league’s tentative hub city.

Around $5 million would go to player salaries. However, the CFL would reportedly make up any shortfall in the payment of its players.

The league is making a last-ditch effort to secure financial support from the federal government for an abbreviated ’20 season. But the assistance won’t assure the CFL of prosperity.

The source says the league expects to lose between $60 and $80 million with a cancelled season. Even if football is played, the deficit could be as much as $50 million.

The league has been steadfast that it needs government money for a shortened season. Commissioner Randy Ambrosie has stated the nine-team circuit collectively lost upwards of $20 million in 2019.

WATCH | Ambrosie says future of CFL in doubt due to pandemic:

Testifying before the House of Commons standing committee on finance on Thursday, CFL Commissioner Randy Ambrosie stated the league could need up to $150 million from the federal government if their season is wiped out due to the COVID-19 pandemic. 4:47

And with no football yet this year, franchises have had little opportunity to generate revenue. The CFL is a gate-driven league, with ticket sales being the primary source of revenue for all of its teams.

The $30-million appeal is a reduction from the $44-million amended requisition the league presented Ottawa last month. In April, the CFL approached the federal government for up to $150 million in assistance due to the COVID-19 pandemic.

Ambrosie has stated the earliest an abbreviated season could begin is early next month. But he’s also said a cancelled campaign remains a possibility.

The CFL continues to meet with the CFL Players’ Association about amending the current collective bargaining agreement to allow for an abbreviated season. The league also must finalize a deal with broadcast partner TSN.

The CFL had originally set July 24 as the deadline for CBA amendments. It also wanted an extension of the deal past its 2021 expiry, and both health-and-safety protocols and federal funding to be in place at that time.

That deadline passed without an agreement. But while the CFL has extended the cutoff date, it hasn’t publicly announced what that might be.