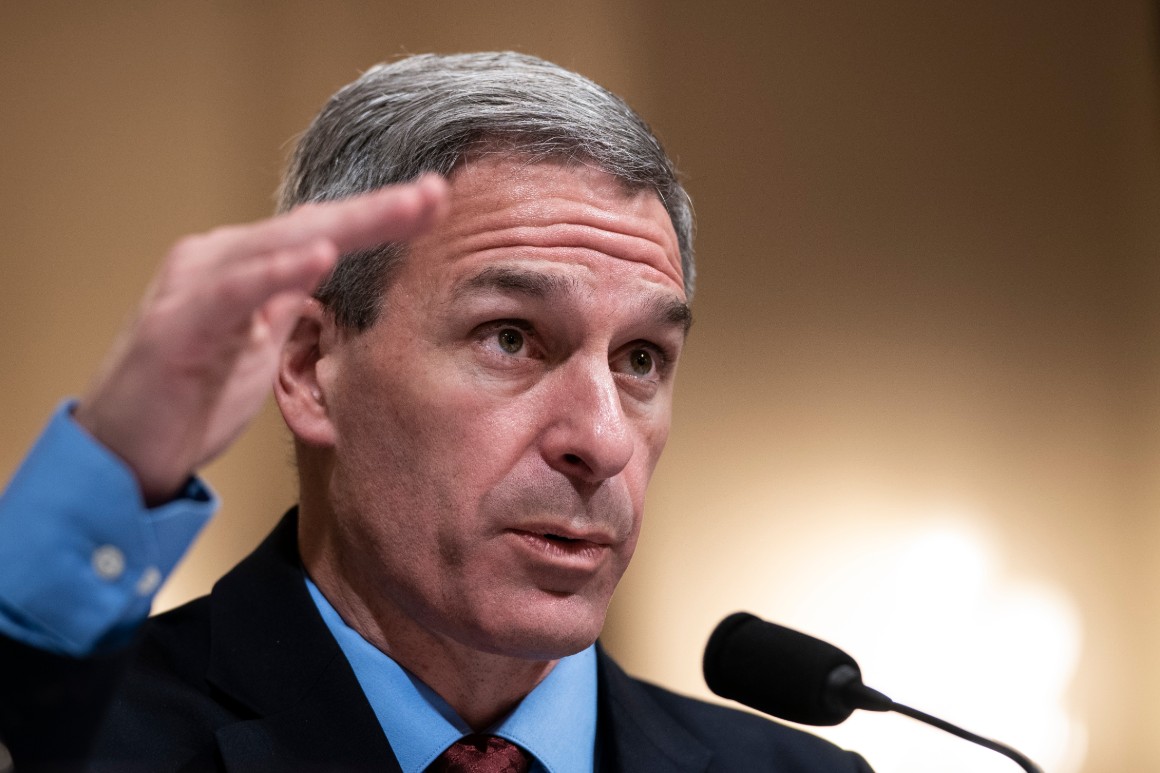 Before the Department of Homeland Security’s intelligence arm put together intelligence reports about journalists, its leaders advocated for less internal oversight of the office.

Several months ago, the leadership of the Office of Intelligence and Analysis asked DHS’s second-in-command, Ken Cuccinelli, to limit a department watchdog from regularly reviewing the intelligence products it produces and distributes.

Cuccinelli signed off on the move, according to two sources familiar with the situation, which constrained the role of the department’s Office of Civil Rights and Civil Liberties in approving the intelligence office’s work.

Before the policy change, I&A had to get the civil liberties watchdog’s signoff to distribute its intelligence products to law enforcement partners. If CRCL didn’t sign off on a product, one of the sources said, the head of I&A could appeal to the deputy secretary — the office where Cuccinelli now sits. The policy change gave I&A more latitude to quickly share products with partners. But former DHS officials say it may have contributed to the intelligence shop’s recent missteps.

In the months since the change, I&A’s work has drawn withering criticism. The Washington Post reported last week that the office distributed an intelligence report documenting communications between protesters over the Telegram messaging app. The Post also reported that I&A compiled intelligence reports on journalists covering DHS’s response to protests in Portland, Oregon against racism and police brutality. Those reports, according to the paper, were based on public information from the journalists’ Twitter feeds. But they still raised significant concerns in DHS, and the department released a statement saying acting Homeland Security Secretary Chad Wolf told the office to end the practice and had “ordered an inquiry” into the situation. Senior DHS leadership also deposed the intelligence office’s acting chief, Brian Murphy.

A DHS spokesperson declined to comment on this reporting.

Nate Snyder, who worked in I&A during the Obama administration, told POLITICO the reports would have worried CRCL if they had reviewed them.

“If CRCL had been part of the product review process, they would have immediately raised issues on the recent reports on the release of the products developed on journalists, and also various other things,” he said.

Congressional Democrats have sent the department a blizzard of letters in recent days regarding its activity in Portland. Democrats on the Senate intelligence committee sent a letter to Murphy before his removal asking a host of questions, including how the office collects open source intelligence on protesters. The letter also asked if the civil liberties unit had reviewed the intelligence office’s Portland-related work.

And the Democratic chairman of the House Committee on Homeland Security, along with the chairman of its intelligence and counterterrorism subcommittee, also pressed Murphy for answers on the intelligence reports regarding journalists.

“This is a shocking misuse of the information-sharing apparatus meant to protect American communities,” they wrote.