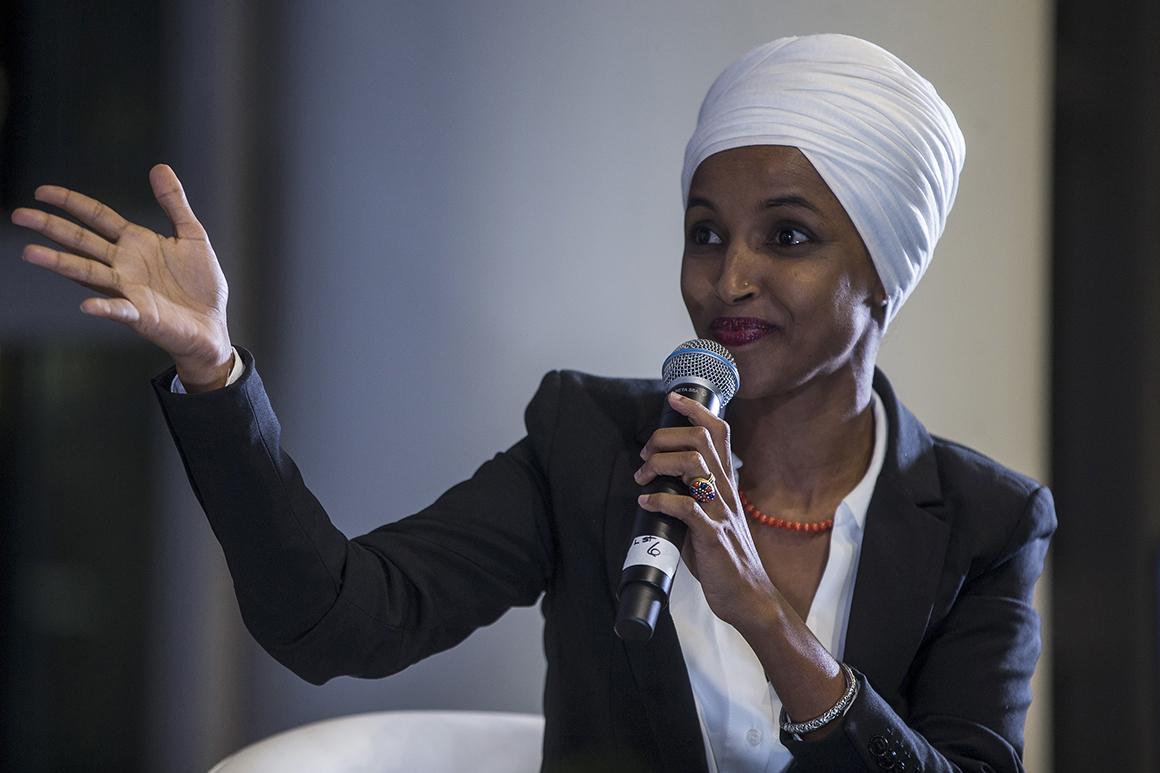 One of four minority congresswomen elected in 2018 known as the “Squad,” Omar gained national attention for her Twitter clashes with President Donald Trump. She became a prominent voice in the progressive movement, but drew criticism over her comments on Israel that some deemed anti-Semitic.

She once suggested that pro-Israel lawmakers had dual allegiance to both the U.S. and Israel, and that Israel had “hypnotized the world.”

Throughout the campaign, Melton-Meaux presented himself as a unifier who could build consensus in Congress. He cast Omar as an out-of-touch politician more interested in social media spats than delivering for her constituents.

Pro-Israel interests funneled money toward Melton-Meaux, who raised a staggering $3.2 million in the second quarter. He used the windfall to outspend Omar on the air by a 2 to 1 margin. A top spending super PAC, with ties to a pro-Israel group, kicked in $1.5 million on TV ads to boost Omar.

The congresswoman’s win is all the more impressive considering she was left largely unprotected by progressive groups who fixed on helping fellow “Squad” member, Rep. (D-Mich.), in her primary last week.

“Ilhan Omar has fought for her constituents with courage and a positive progressive vision,” Justice Democrats Executive Director Alex Rojas said in a statement. “Despite all the manufactured hype and money spent attacking them, the Squad is winning, it’s growing, and is here to stay.”

Omar was backed by prominent figures like House Speaker Nancy Pelosi and Sens. Bernie Sanders (I-Vt.) and Elizabeth Warren (D-Mass.). She forcefully pushed back against Melton-Meaux’s charge that she was not looking out for her consituents.

Elsewhere in the emerging battleground state — which Trump is contesting after nearly flipping in 2016 — both parties finalized their fall matchups.

Two years after he was ousted during the 2018 midterms, former Rep. Jason Lewis won the GOP nomination to face Sen. Tina Smith (D-Minn.), who was appointed to the Senate and won a special election in 2018 to finish the term of former Sen. Al Franken (D-Minn.)

In a top GOP congressional target in Western Minnesota, former Lt. Gov. Michelle Fischbach beat five other Republicans for a chance to face Rep. Collin Peterson in his massive rural district that Trump carried by a whopping 31 point

In another rural seat where Trump is popular, Democrat Dan Feehan and GOP Rep. Jim Hagedorn are headed for a 2018 rematch. And Democratic Rep. Angie Craig, who beat Lewis to win a Trump-carried seat, will face Marine veteran Tyler Kistner.

In a nearby suburban Twin Cities seat, healthcare executive Kendall Qualls won the nod to face freshman Democratic Rep. Dean Phillips. But that seat has been trending rapidly toward Democrats and is not expected to be particularly competitive this fall.