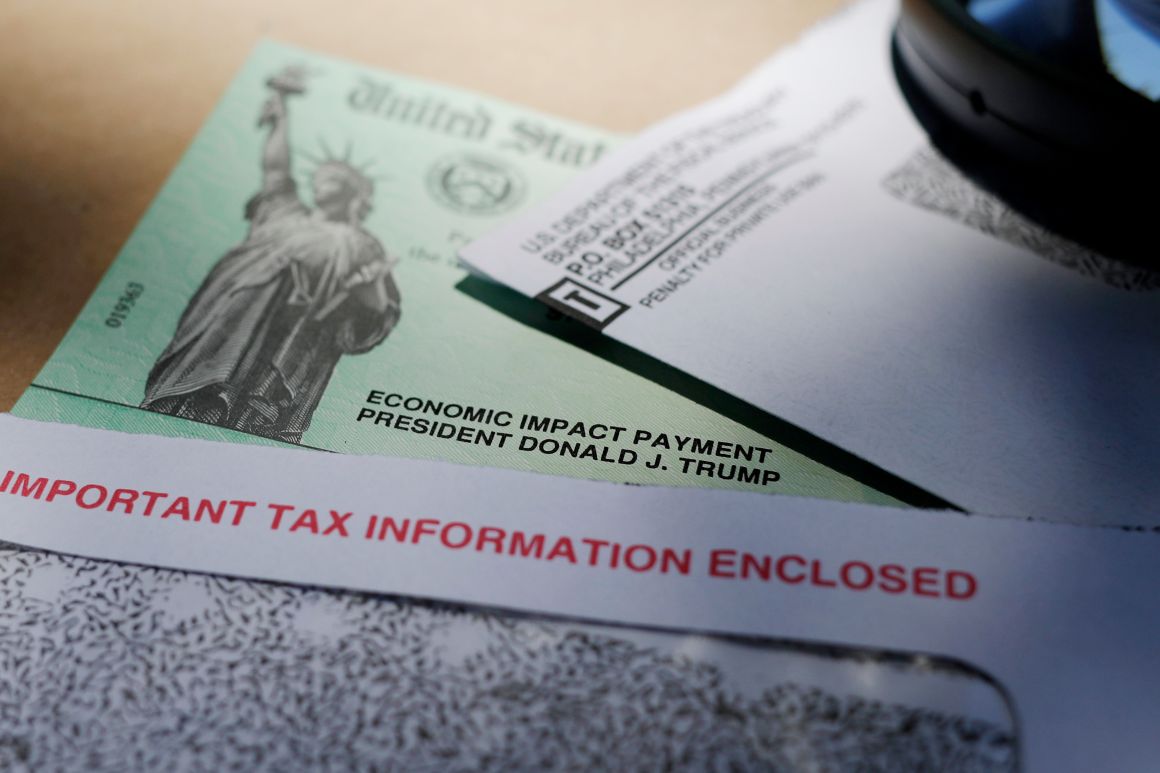 This could be the government’s third policy in the past six months on payments going to the dead. | Eric Gay/AP Photo

Dead people could end up eligible for economic stimulus checks after all.

So long as someone died this year, they would be eligible for the $1,200 payments included in the plan. Not just that, Senate Republicans would also make them retroactively eligible for the previous round of stimulus checks.

Doing so would be consistent with how the government has long treated recently deceased taxpayers, said a spokesperson for Sen. Chuck Grassley (R-Iowa), who chairs the tax-writing Senate Finance Committee.

And in the midst of a wrenching pandemic, some lawmakers risk appearing insensitive to people whose loved ones may have been felled by Covid-19 if they’re treated differently.

It’s a surprising twist in the monthslong back and forth within the government over whether the deceased are eligible for the payments. How the Treasury Department will react in the midst of negotiations over the relief legislation is unclear.

The IRS initially said the departed were eligible, before the Treasury Department reversed that. Senate Republicans’ plan to partly reverse that reversal threatens to create an administrative headache for the IRS, not to mention confusion for survivors of the deceased.

“To have all of this within one year — it’s whiplash,” said Philip Hackney, a former IRS lawyer who now teaches at the University of Pittsburgh’s law school. “It makes the head spin.”

Though they’ve comprised a tiny share of the stimulus payments, checks to the dead have taken on outsized importance this year. Critics have seized on the payments as evidence of government mismanagement, with President Donald Trump demanding the money be returned.

At the same time, the issue has been touchy. Many of the dead receiving the payments were among the more than 155,000 who’ve been killed by the coronavirus outbreak, and clawing back the money could make the government look callous.

A Treasury spokesperson did not respond to a request for comment.

It’s unclear how the IRS would implement the plan, should the provision survive negotiations and lawmakers agree on an overall relief package with the Trump administration. Republicans and Democrats remain far apart on a plan, with knotty disputes over unemployment benefits and coronavirus-related liability protections for businesses, among other issues.

Democrats did not address the issue of payments going to the deceased in their coronavirus stimulus plan.

It’s possible the IRS could cut new checks to replace those that were returned or canceled from the first round of payments, or perhaps let people claim the money on 2020 tax returns due next year.

A spokesperson for Grassley, the chief architect of the tax portion of the GOP’s plan, said lawmakers want to make the tax treatment of stimulus checks cohere with how the tax code normally treats the dead.

“It’s consistent with ordinary tax rules for tax benefits and tax filing obligations” for the deceased, said Michael Zona. “In the year of death, one final regular tax return is due and all tax benefits are allowed regardless of when in the year the taxpayer died.”

It would be the government’s third policy in the past six months on payments going to the dead.

The IRS initially believed it did not have the legal authority to withhold the payments, according to a report by the independent Government Accountability Office. By the end of April, the IRS had sent checks to more than 1.1 million people who had died, totaling $1.4 billion.

After news reports emerged about the payments, Treasury stepped in, stopping the checks because it said they amounted to improper payments.

If someone had died by the time they had received their check, then they weren’t entitled to it, Treasury and the IRS announced in early May. (Congress did not address the issue in the last coronavirus measure, which gave Treasury room to devise its own policy).

The government began screening payments against the Social Security Administration’s death records. It also asked the public to return any checks that had slipped through, while canceling those that hadn’t been cashed. An IRS official said last month that 70 percent of the payments had been recovered.

There’s an element of capriciousness to who may receive a check under the Treasury rule because it can turn on when the agency happens to process their payment. The department distributed checks on a rolling basis, and if two people died on the same day, one might get a check and the other may not, depending on when their payment went out the door.

Under the Senate GOP plan, the important date is not when Treasury processes someone’s check, but Jan. 1, 2020. Everyone who died before that is ineligible; people who died on or after that date are qualified.

That would line up with how the taxes of the dead are normally treated by the IRS.

When someone dies, a final tax return must be filed on their behalf. They can receive refunds or owe the IRS, and it makes no difference at what point in the year they died. (The IRS has a special form for claiming a refund on behalf of the departed).

The legislation would force the IRS to figure out who had previously been denied and whom among them would be suddenly eligible for the payments.

“It’s pretty clear that if somebody sent them back the check, the IRS now would have to send it back to them,” said Michael Graetz, a former top tax official in George H.W. Bush’s administration who now teaches at Columbia University’s law school.