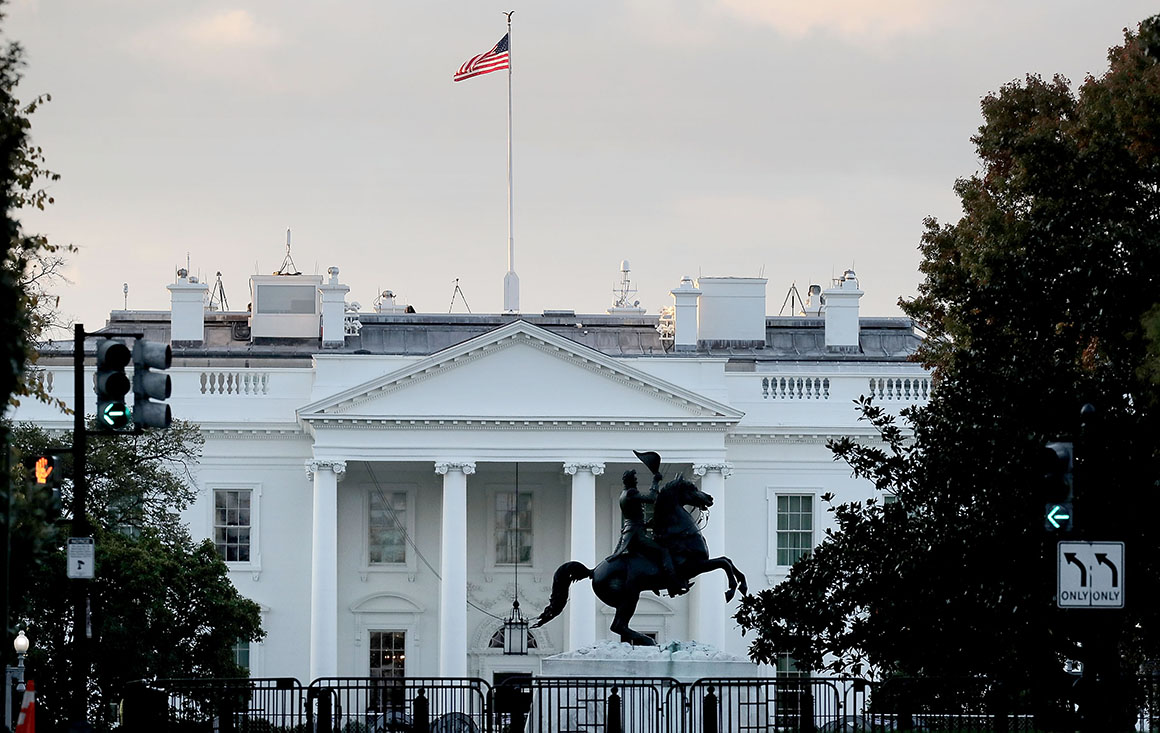 Some other collections of emails about the Ukraine aid hold have been released in redacted form in response to other litigation or leaked to outsiders. | Chip Somodevilla/Getty Images

A federal judge has rebuffed the Trump administration’s attempt to invoke executive privilege to withhold a batch of emails about a hold President Donald Trump put on U.S. aid to Ukraine in 2019.

U.S. District Judge Amy Berman Jackson said Monday that the government had failed to make a convincing showing that the 21 messages between White House aide Robert Blair and Office of Management and Budget official Michael Duffey were eligible for protection under legal privileges protecting the development of presidential advice or decisions made by other government officials.

The messages are considered key evidence about the event that triggered Trump’s impeachment by the House last year: his decision to halt aid to Ukraine in what critics and even some administration officials said was an attempt to pressure that country to launch an investigation into former Vice President Joe Biden, now the presumptive Democratic presidential nominee.

As the impeachment probe unfolded, The New York Times sought the Blair-Duffey emails under the Freedom of Information Act, filing suit last November after it didn’t receive the requested messages. In May, Jackson ordered that the disputed emails be turned over to her for in camera review.

During a teleconference Monday in which she announced her decision, Jackson did not rule out the possibility that she might at some point uphold the government’s bid for secrecy for the emails, but she said a pair of declarations OMB Deputy General Counsel Heather Walsh filed to back up the executive privilege claims were too vague.

The judge said Walsh’s claims about Blair’s role in presidential decision-making were “overly general” and seemed to be based on second-hand information about his duties as an assistant to the president and senior adviser to Mick Mulvaney, the acting chief of staff at the time.

“The declarations are based on inadmissible hearsay and not personal knowledge. … The declarations don’t come close here,” Jackson said. “In sum, the declaration appears to be based largely on Mr. Blair’s job title, the location of his office and what assistants to the president in general ‘often’ do. … That simply doesn’t cut it.”

Walsh said in her submission that the emails reflected an ongoing exchange about the “scope, duration and purpose” of the hold on aid to Ukraine, but the judge seemed to concur with the Times’ arguments that the messages reflected aides attempting to implement decisions that had already been made.

“It’s strange that you could be making decisions about the purpose of something you’ve already done after you did it,” said Jackson, an appointee of President Barack Obama.

It remains unclear whether the disputed messages will emerge before the November election. Jackson gave Justice Department lawyers until Thursday to suggest how much time they’ll need to prepare a more detailed justification for the privilege claims or decide to simply release the emails. One government attorney said she was likely to propose a date in late September for a further submission to the court.

If the judge agrees to that timeline and the Trump administration decides to keep up the legal fight, the chances of the emails being forced into the open before the election appear slim. Even if Jackson were to order the release of the messages, the Justice Department could appeal, which is virtually certain to result in the records remaining under wraps for months or longer.

Some other collections of emails about the Ukraine aid hold have been released in redacted form in response to other litigation or leaked to outsiders.

Current White House records can’t be requested directly under FOIA, but the transparency law does apply to federal agencies like the Department of Defense as well as some components of the Executive Office of the President, including the Office of Management and Budget.