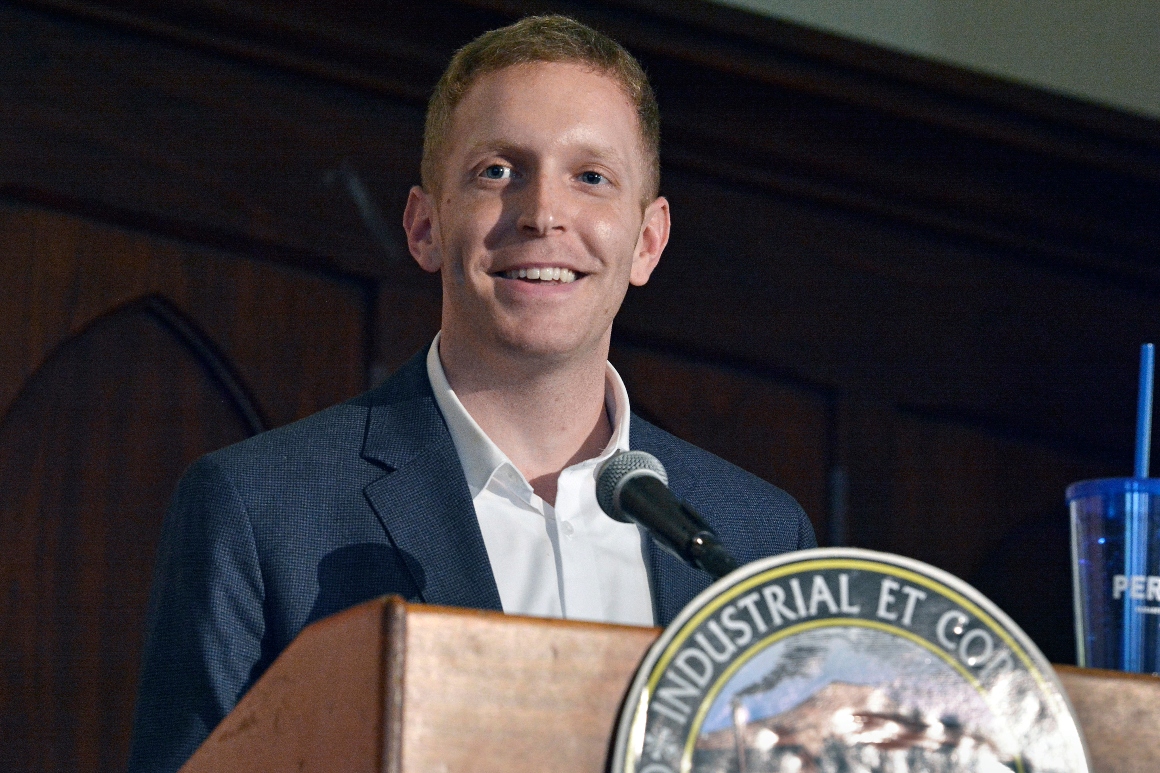 Three groups of college Democrats in Massachusetts disinvited left-wing congressional primary challenger and Holyoke Mayor Alex Morse from all future events alleging that he showed a pattern of using “his platform and taking advantage of his position of power for romantic or sexual gain, specifically toward young students.”

“Numerous incidents over the course of several years have shown that it is no longer appropriate to encourage interaction between College Democrats and Alex Morse,” they wrote.

In a letter sent back to the groups on Thursday and obtained by POLITICO, Morse wrote, “I want to be clear that every relationship I’ve had has been consensual. However, I also recognize that I have to be cognizant of my position of power.” He continued: “Navigating life as both a young gay man and an elected official can be difficult, but that doesn’t excuse poor judgment.”

The letter was first reported by The Massachusetts Daily Collegian.

The 31-year-old politician was elected as the first openly gay mayor and youngest mayor of the small Western Massachusetts city nine years ago and has since branded himself as a grassroots politician working to rebuild a struggling city.

Morse is one of several left-wing congressional candidates endorsed this cycle by Justice Democrats, the group that helped Rep. Alexandria Ocasio-Cortez (D-N.Y.), Jamaal Bowman of New York and Cori Bush in St. Louis defeat Democratic incumbents in primaries. The group is running a positive television ad for Morse ahead of the Sept. 1 primary.

Primary voting in Massachusetts has already begun. Voters are receiving their mail-in ballots now, a few weeks ahead of the primary.

Earlier this week, the progressive Working Families Party endorsed Morse as the left looked to notch a few more victories this cycle. And another progressive group, Fight Corporate Monopolies, which is affiliated with American Economic Liberties Project, is spending $300,000 on ads attacking Neal and boosting Morse.

Justice Democrats, the Working Families Party and Fight Corporate Monopolies did not immediately respond to comment.

“I’m sure that my opponent will be eager to twist this into something it’s not to score political points, but I would caution him against indulging in old negative stereotypes about gay men,” Morse said in a statement to POLITICO. “I will not apologize for living life out of the closet, for going on dates and having consensual conversations.” Morse also said he’s “committed to meeting with any person or group, including the College Dems, to answer any questions and address any concerns.”

An official with knowledge of the conversations said that no meeting is currently planned.

“Our organizations feel that it is incumbent upon us to call out inappropriate behavior regardless of party affiliation or political ideology,” the groups wrote. They added that they felt his behavior was “unacceptable” even if it was consensual. “Morse will no longer be welcome at our events, and our organizations will be completely disaffiliating from Morse.”