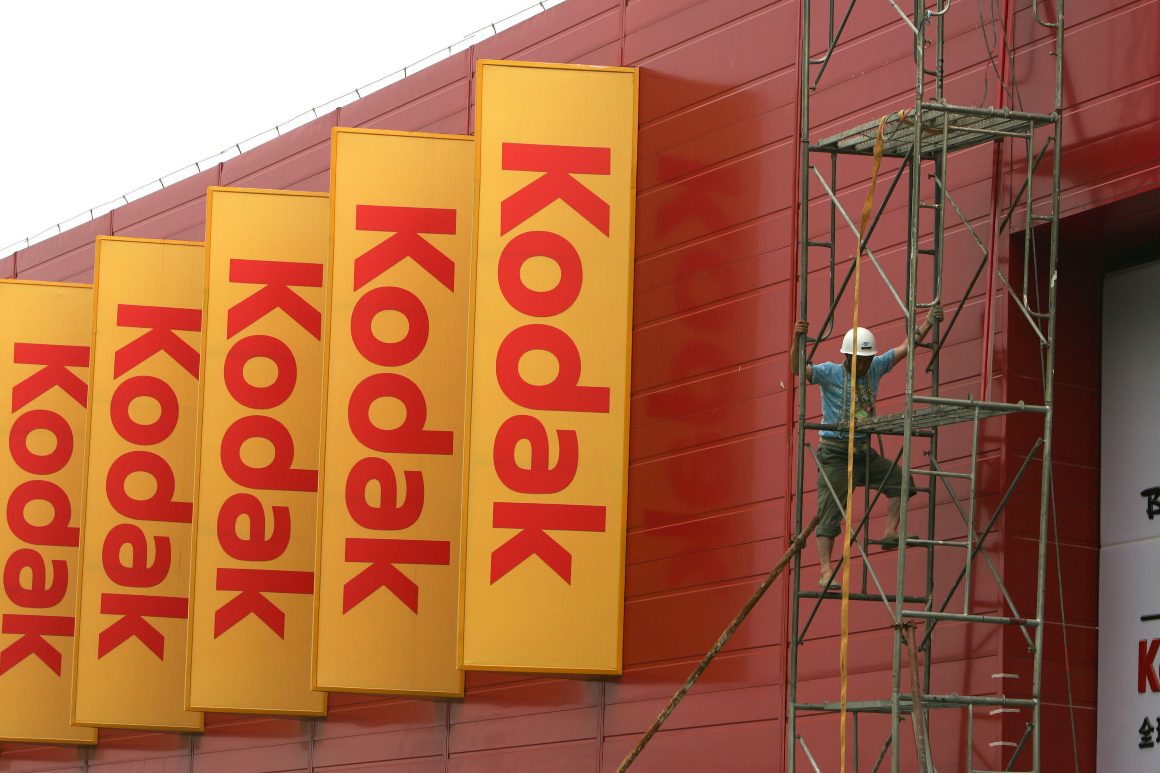 Kodak signs hang on the side of a building. | China Photos / Stringer

A planned $765 million federal government loan to support pharmaceutical production by Eastman Kodak is on hold after the agency reviewing the potential deal said it wanted to address “recent allegations of wrongdoing.”

In a post on Twitter, the U.S. International Development Finance Corp. said the unspecified allegations “raise serious concerns.” The statement followed controversy about stock transactions involving senior leaders at the company before the agency on July 28 announced a “letter of interest” for the loan. The government financing also drew scrutiny because of the company’s previous focus on photography. House Democrats launched an investigation last week.

“We will not proceed any further unless these allegations are cleared,” the finance agency said Friday night.

Officials signaled greater scrutiny of the planned financial assistance after Kodak on Friday said it was launching an internal review of “recent activity by the company and related parties” in connection with the loan announcement. Kodak said the law firm Akin Gump will conduct the review, which two Kodak board members will oversee.

On Monday, a Kodak spokesperson said the company “appreciates and supports the DFC’s decision to await clarification before moving forward with the process.” Kodak is scheduled to report earnings Tuesday.

House Coronavirus Crisis Subcommittee Chair Jim Clyburn (D-S.C.) said Monday he was pleased that the Trump administration put the loan on hold. Last week, Clyburn and other House committee chairs asked for details on how the deal was arranged and for documents related to stock transactions by company executives. The senior House Democrats raised specific concerns about 1.75 million stock options awarded to Kodak Executive Chair James Continenza the day before the loan was announced, as well as stock purchases by Continenza and board member Philippe Katz on June 23.

“Now, we need answers about why they planned to give a taxpayer-funded loan to manufacture drug ingredients to a company without pharmaceutical experience, and how Kodak executives acquired millions of dollars worth of stock and options at the same time they were negotiating this loan in secret,” Clyburn said. “Given that the administration admitted there are ‘serious concerns’ with the loan and said they ‘will not proceed any further unless these allegations are cleared,’ I expect both the administration and the company will fully comply with the committees’ document requests without delay.”

The Securities and Exchange Commission is also investigating circumstances around the loan, the Wall Street Journal reported.

White House trade adviser Peter Navarro shared the agency’s announcement on Twitter, adding that it was “absolutely” the right move. Navarro said when the potential loan was announced that the partnership was “a huge step forward towards American pharmaceutical independence.”