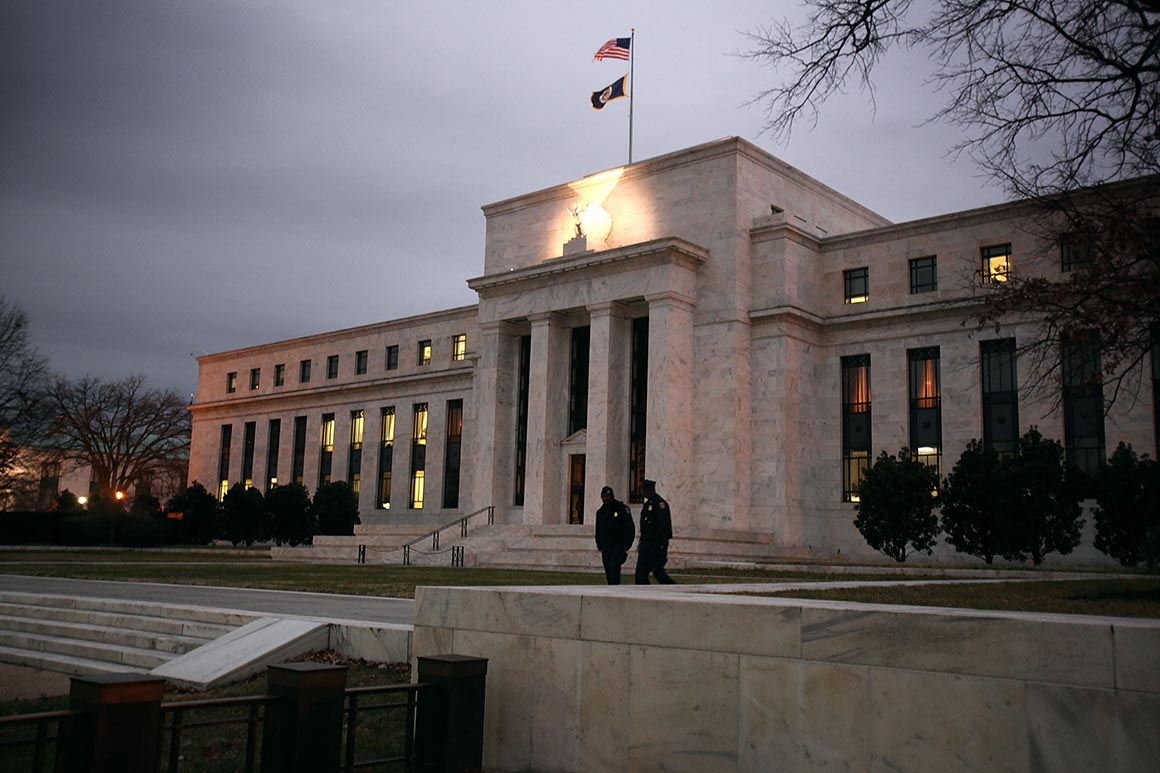 The Federal Reserve’s $600 billion “Main Street” lending program, designed to rescue companies whacked by the coronavirus pandemic, is sputtering just weeks after it was launched, doling out only a handful of loans.

The problem? It’s not set up to bail out the companies that need it the most.

The emergency program, aimed at midsize companies, isn’t open to businesses with high levels of debt — including hotels with big mortgages, as well as firms that were already struggling before the crisis, like certain retailers and oil and gas companies. And many banks are reluctant to participate because they still have to do extensive underwriting and face risk if a loan defaults.

The Main Street program’s struggles — which stand in stark contrast to the popular Paycheck Protection Program that offered hundreds of billions of dollars in forgivable loans to small businesses — have sparked concern that many firms will be left without a lifeline as the economy increasingly shows signs of backsliding.

“The longer this pandemic goes and the more hot spots that flare up — it’s not a very rosy picture,” said Brian Crawford, executive vice president of government affairs at the American Hotel and Lodging Association.

The program is one of nearly a dozen that the Fed has rushed to put together as the coronavirus pandemic has rocked the economy, shuttering businesses throughout the country and forcing tens of millions of Americans to lose their jobs.

For the most part, the central bank’s actions have earned praise for stabilizing financial markets and keeping credit flowing. But some programs, like Main Street and a separate lending facility for state and local governments, have barely gotten off the ground.

Part of the limitation with the Main Street program is that the Fed is legally prohibited from lending to insolvent companies, making it more hesitant to step in to aid troubled businesses. And it cannot provide grants, only loans.

“It’s just too hard to do this through the constraints the Fed has on it by law,” said David Beckworth, a senior research fellow at George Mason University’s Mercatus Center.

The Fed is also not set up to take losses in case the loans default, so it has partnered with the Treasury to cover any losses with funding from the CARES Act, the $2 trillion economic relief package passed by Congress in March.

The congressional commission set up to oversee the Fed and Treasury’s emergency efforts will hold a hearing on the program on Aug. 7.

Under the program, which opened its doors earlier this month, the Fed will purchase 95 percent of a loan to a company with fewer than 15,000 employees or less than $5 billion in annual revenue. The minimum loan size is $250,000 for new credit, while expansions of existing loans can run as high as $300 million.

As of Wednesday, the central bank held about $82 million in Main Street loans, while additional loans worth about four times that size are close to being finalized. That suggests the program is showing gradual signs of momentum — but it’s still a tiny fraction of the $600 billion set aside by the Fed and Treasury for the loans.

“We’re not talking about billions of dollars, but it’s a steady stream of small to medium-sized loans coming in from banks across the country,” a senior Treasury official said in an interview.

The official and banks say borrower demand is not especially high right now — either because businesses are able to get loans through conventional means or because they’re not looking for financing right now for new projects and equipment.

They also note that banks have a lot more space to make new loans, unlike in March, when corporations started drawing on credit lines en masse. That means banks for now are less desperate for the Fed to take loans off their books.

One official in charge of the Main Street efforts at a large U.S. bank expected demand for the program to pick up closer to when it’s set to stop operating at the end of the year.

“Borrowers need the money for 2021 and beyond, not just for tomorrow,” the official said. “I see demand for Main Street increasing before the program expires because there will be that fear of missing out. … It’s a good deal if you need the money.”

The bank official said the program in particular makes sense for otherwise healthy borrowers who have higher uncertainty as to when they’ll be able to be able to function normally again, a type of company that banks would be more hesitant to lend to on their own.

But as the crisis drags on, or even worsens, demand for credit could spike quickly. One major issue is that banks don’t have much of an incentive to provide loans that they wouldn’t otherwise make; the paperwork is extensive, and banks have to underwrite it regardless.

That could lead lenders to turn away companies that otherwise should qualify for the program, especially since banks would still take a percentage of any loss if they lend to firms that are slightly riskier than their underwriting would normally allow.

Afsheen Afshar, the founder of Pilot Wave Holdings, has experienced this hesitance up close. His holding company makes long-term investments in small businesses, in areas like retail, trucking and pharmaceuticals, and provides them with state-of-the-art technology. He said he has been having trouble getting banks interested in lending to two businesses with less than 30 employees that his company is set to buy.

“Folks have been relatively clear, explicitly and implicitly with us, that while we do meet every single one of the Fed’s requirements, they are free to impose any additional requirements that they would like,” he said, saying he’d reached out to more than a dozen banks. “The additional requirements are to a degree of severity that certainly our companies will not meet them,” such as putting up collateral valued at 200 percent of the loan or real estate that doesn’t have any other creditor claims.

“If I have that, what do I need Main Street for?” he said.

Without these loans, he said, his company may have to pull back on the technology it provides or reconsider the transactions entirely.

Groups representing both large and small banks acknowledge that there isn’t a strong incentive to use the program.

“Why would you want to have such a prescriptive deal with dozens of pages with rules and regulations, when banks have been in the lending business for a long time and know how to extend credit?” said Paul Merski, executive vice president at the Independent Community Bankers of America. “Most [banks] look at this program and shake their head that it’s too complex for both the borrower and the lender.”

He said only three or four banks in his group had expressed interest in using the program.

Political intelligence on Washington and Wall Street — weekday mornings, in your inbox.

Lauren Anderson, associate general counsel at the big-lender group Bank Policy Institute, said banks are getting their cues from the Fed, which “is telling them to use their existing processes and procedures.”

“You don’t want banks making a bunch of really terrible loans, which exposes the taxpayer but also the banks,” she said.

“If the idea is to be helping companies that are less than creditworthy, there needs to be some sort of downside credit risk protection,” such as a government-backed guarantee or having the Fed take first losses, she added.

Companies that have a high level of debt-to-earnings also are explicitly not eligible for the program.

Senate Banking Chair Mike Crapo on Friday urged Fed chief Jerome Powell and Treasury Secretary Steven Mnuchin to expand the program to create a Main Street option for asset-based companies like hotels, which are hurt by this requirement, something the senior Treasury official said the government is considering.

“There are many companies that are asset rich but do not have sufficient cash flow,” the official said.

But the program is unlikely to be expanded for other indebted borrowers.