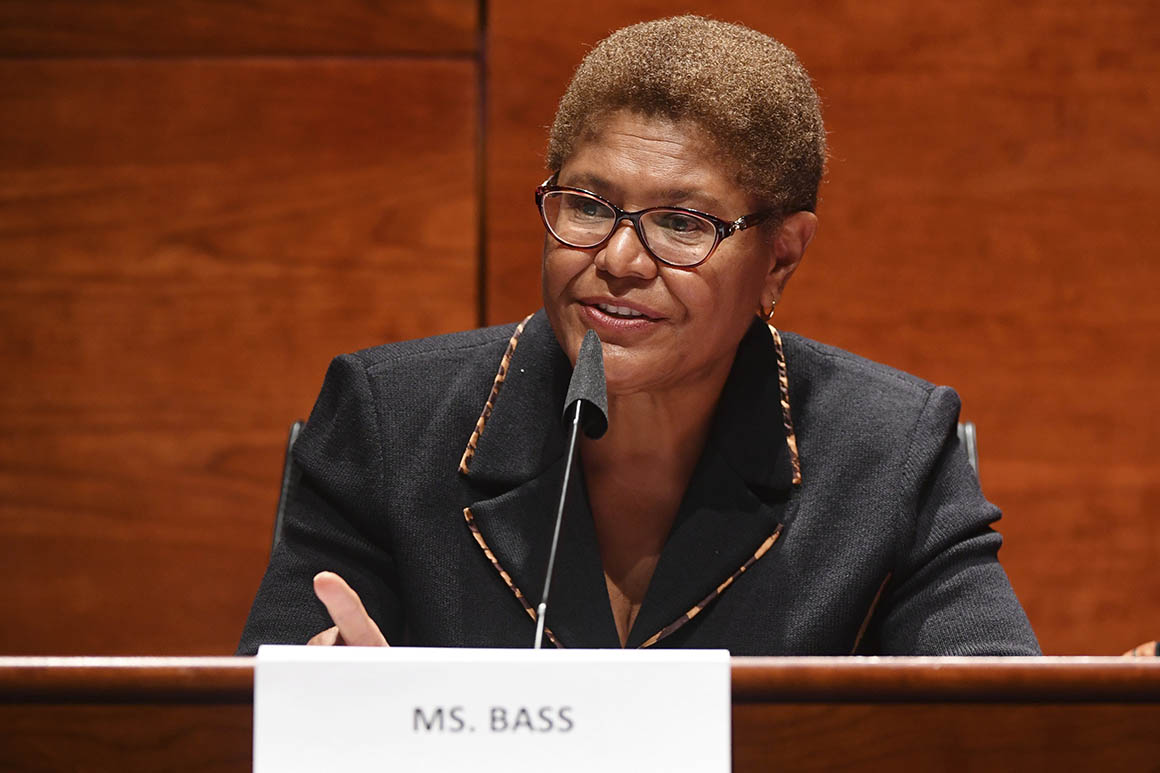 In the endorsement, which includes an interview with Bass, the Bee makes a sharp contrast between her and Harris, the California senator who’s viewed as the frontrunner for the No. 2 post. Specifically, it points to problems in Harris’ office when she was state attorney general, and contends that President Donald Trump would target those issues and her history on criminal justice reform and policing if she’s selected.

“If Biden chooses a California VP, he likely won’t pick Karen Bass,” the board writes. “Clearly, however, the community activist whose passion for service led others to draft her into electoral politics is the better choice.”

The Bee editorial board is run by a former top Harris aide in California, Gil Duran. He worked for Harris and several other prominent California politicians, including Jerry Brown, Dianne Feinstein and Antonio Villaraigosa, before returning to journalism. The board under Duran has written critically about Harris before.

The editorial comes after several politicians, former elected officials and donors gave glowing reviews of Bass to the Biden campaign and offered more mixed assessments of Harris. Some, including labor leader and civil rights icon Dolores Huerta, who backed Harris for president and Senate, made their endorsements of Bass public.

Dozens of leaders say they’ve shared their feelings with former Sen. Chris Dodd, who is helping Biden vet the contenders, and who himself has privately questioned whether Harris would be a good fit for the ticket.

The Bee argues that Biden should be concerned about gender harassment claims against a former Harris aide, Larry Wallace, that her office settled for $400,000 while denying wrongdoing. Harris has said she was unaware of the allegations against Wallace.

In the Bee, Bass addressed criticism of her remarks about Fidel Castro that were seen as overly respectful and her flirtation with an island she traveled to in the 70s to help build houses. “I was a young radical,” Bass said. “Those young people that are out saying ‘defund the police’? That was me.” Bass has said she opposes the current call to eliminate funding for law enforcement.

Bass did not mention Harris during her interview, but she provided what the newspaper described as a clear comparison between her community work and Harris’ career in law enforcement as a prosecutor. Bass said as VP, she would emulate Biden when he served in the role under President Barack Obama. She added that both the president and vice president should be “healers” to repair the nation’s divisions.

“I feel like my experiences in my life, although nontraditional for anybody that’s in a position like this, have helped me prepare for much bigger levels of responsibility,” Bass told the board.