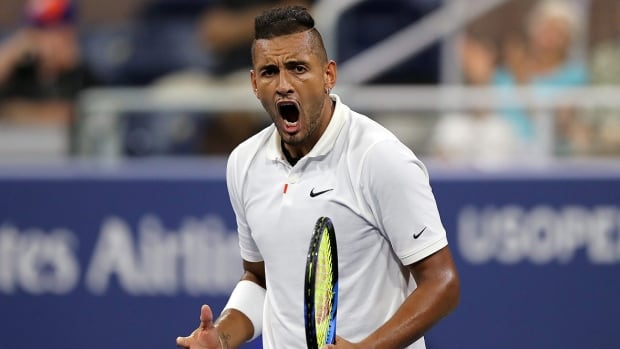 Nick Kyrgios announced he won’t play in the U.S. Open in New York, instead saying in a video that he is more concerned about the safety of people around the globe amid the COVID-19 pandemic.

“Let’s take a breath here and remember what’s important, which is health and safety of our community,” the 25-year-old Australian said. “We can rebuild our sport and the economy but we can never recover lives lost.”

Kyrgios, ranked No. 40 in the world, never has advanced past the third round of a U.S. Open. This year’s tournament is scheduled to be played Aug. 31-Sept. 12.

He said he didn’t object to the USTA holding the tournament — in June, he called the organization “selfish” but said he recognizes it supports jobs — but called on the players who will be participating to act “appropriately” and “safely.”

“I will not be playing this year at the U.S. Open. It hurts me at my core,” he said in the video, which was posted Saturday to the Instagram account of the Uninterrupted. “But I’m sitting out for the people, for my Aussies, for the hundreds of thousands of Americans who have lost their lives, for all of you.”

As of Sunday morning, about 154,600 Americans were among the 679,435 people reported to have died globally from COVID-19, according to Johns Hopkins Medicine.

His fellow Australian, women’s No. 1 Ashleigh Barty, announced Wednesday she is skipping the tournament.

“There are still significant risks involved due to COVID-19, and I don’t feel comfortable putting my team and [me] in that position,” she said.

The outspoken Kyrgios was critical of players who took part in Novak Djokovic’s Adria Tour exhibition tournament in Serbia and Croatia in June.

That tournament was cancelled after numerous players tested positive for the coronavirus, and in the video, he took a shot at them without mentioning names.

“Tennis players, you have to act in the interests of each other and work together,” he said. “You can’t be dancing on tables, money-grabbing your way around Europe or trying to make a quick buck hosting an exhibition — that’s just so selfish.

“Think of the other people for once, that’s what this virus is about. It doesn’t care about your world ranking or how much money you have in the bank. Act responsibly.”