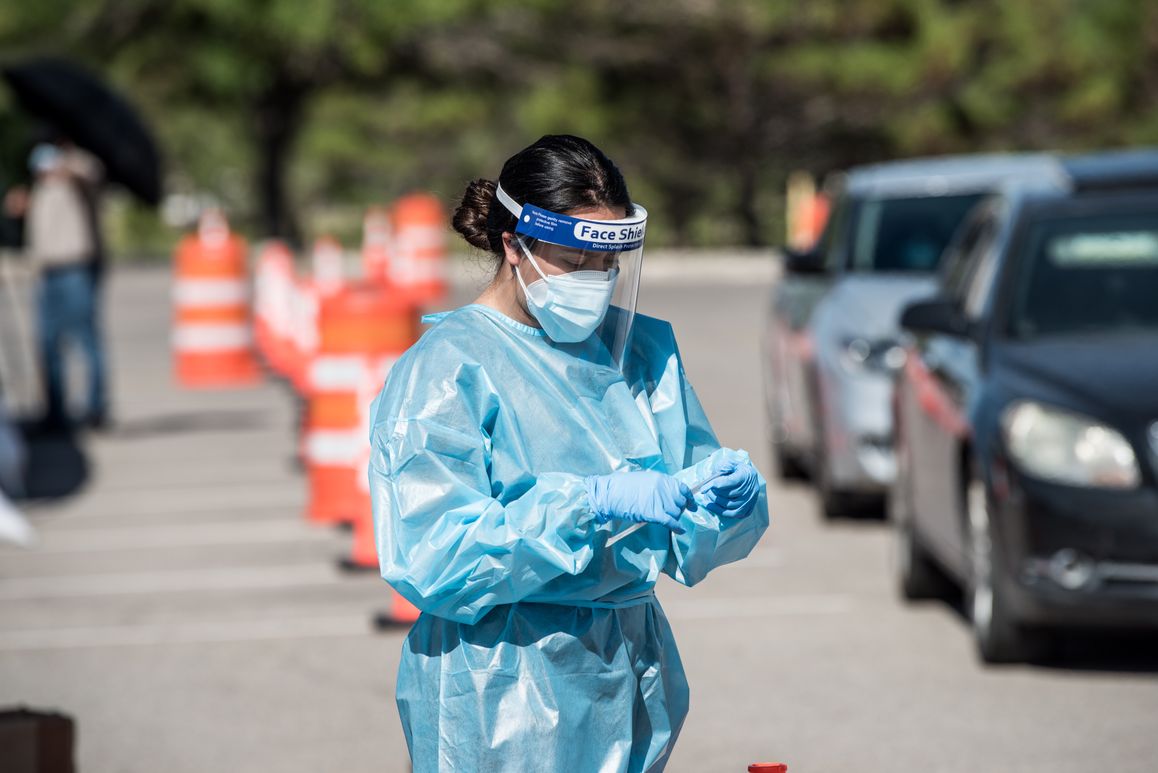 As the Senate continues to debate another trillion dollar relief bill in our nation’s beleaguered fight against the coronavirus, lawmakers have so far focused myopically on relieving economic symptoms rather than eliminating the disease. To put an end to quarterly bailouts, Congress should instead appropriate the relatively small sum of $75 billion to suppress the virus —like other advanced market economies have done—through testing, tracing, and isolation.

The most critical part of suppression is testing. The House coronavirus relief package adopts our proposal to set aside $25 billion of that $75 billion for testing. We estimate that could buy 5 million Covid tests over the next three months – the amount we calculate is needed for a suppression plan to work.

But there’s one more step lawmakers should take to make that plan work: allow states to join regional interstate compacts to buy those tests.

Compacts aren’t new. More than 200 interstate compacts are in operation today, mostly regional and on a variety of issues, with the average state a party to 25. The best known examples are the Port Authority of New York and New Jersey and EMAC, which all 50 states use to coordinate interstate aid during natural disasters.

Why would compacts help solve our Covid testing problem? To expand testing capacity, suppliers need certainty that millions of tests will be bought. One next generation sequencing lab can process million tests a day for $25 a test. But no state has the demand for a million tests a day, and demand rises and falls within and between states, falling after lockdowns and surging after reopening.

With the virus outpacing our current testing capacity, states now have to choose between staying open—and burning cash on bidding wars for tests and supplies—or locking down and damaging their economies. Either way, states with shrinking budgets won’t be able to make credible commitments to buy more tests than they might need, and will conserve cash to weather the next spike. As a result, testing capacity is growing slowly, sporadically and at the highest cost—human and economic.

But if states band together in regional interstate compacts, they can collectively provide the demand, scale and market power to buy $25 billion worth of tests. Compacts would give suppliers the demand certainty they need, guaranteeing purchases of millions of tests in off-take contracts. In turn, these contracts would give labs the incentive to rapidly expand without downside risk, and entice new firms to enter the marketplace and compete on the upside.

This approach could make a real difference. Test prices and turnaround times would improve, because compacts would have the scale to negotiate cheaper and faster tests at higher volumes. Test suppliers who are now price-makers would turn into price-takers. Turnaround times at commercial labs—now opaque to states—would become more transparent to compacts, a lab’s most profitable customer. Compacts could also demystify how often federal purchasing is crowding out states —and whether federal purchases are going to states or stockpiles.

Small and rural states would be better off. Just last week, Montana received notice that Qwest would suspend testing for three weeks as the lab works through its backlog. Alaska has had to rebuild its own state labs, with 3-D printed swabs and testing machines borrowed from veterinary labs. In the short term, compacts could protect smaller states from getting crowded out of the market. In the medium term, compacts would make tests so abundant that states don’t have to fight zero-sum battles for them.

Bigger states would also benefit. Even as states like Massachusetts and New York have begun investing to expand their lab capacity, compacts could draw in more dollars to a state’s lab hub than even a large state could on its own, while helping load-balance excess tests across the region.

Regional coordination makes sense on many levels. To stop community spread, we need test results within 24 hours to break the chain of transmission. A truck or plane delivering tests can travel only so far in that timeframe. To reduce supply chain risk, a region should have a diversified portfolio of testing options, ranging from high-throughput centralized labs for urban areas and mobile Abbott machines for rural areas. Compacts can perform this balancing act better than the federal government, which lacks the local knowledge to weigh tradeoffs across a region or across time, especially as anticipated point-of-use and point-of-care innovations come online.

Both parties should favor compacts because cheap, abundant tests enable states to move beyond the false choice between lockdowns or staying open —both of which destroy lives and livelihoods—to pursue a better policy option:suppressing the virus through testing, tracing and supported isolation.

Already, informal coalitions have been forged in the Northwest, Northeast, and Midwest to coordinate purchases of protective equipment and testing supplies. But these coalitions have been hampered by a lack of leadership, conflicting state procurement laws, and staffing problems. Congress can help change this. The Compacts Clause of the U.S. Constitution grants states the right to create interstate compacts with the consent of Congress. The simplest way to form compacts is for Congress to pass a law authorizing their creation, specifying the compact’s power to procure tests and testing supplies on behalf of member states. Congress could easily add this language to the current relief package. Then states who want to join a compact would pass identical statutes through their own state legislatures. Ideally, Congress would fund the compacts directly.

Congress will be tempted to give the $25 billion for tests to states without providing them an incentive to join compacts. But states are currently locked in a collective action problem where their own interest is to buy only as many tests as they need and free-ride off of improvements in testing capacity made by others.

Our unique brand of federalism offers an alternative. By incentivizing states to form compacts with other states, Congress can create a path to a more decentralized yet accountable way to get the testing capacity we need to beat the coronavirus.