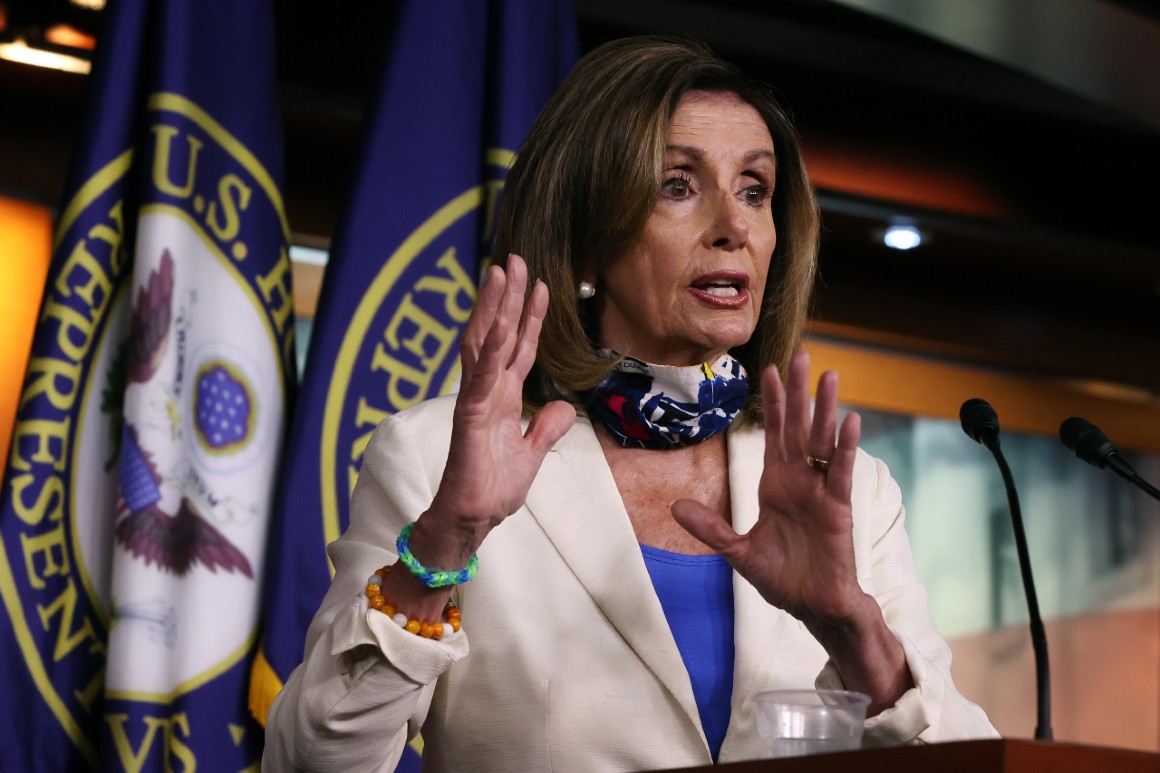 On ABC’s “This Week,” Pelosi went on the offensive about Trump’s claims — noting that the president’s family members, including Donald Trump Jr., advocated mail-in voting for a special election earlier this year in California.

“I know that Republicans know how to do mail-in voting,” Pelosi said.

Trump has not only warned of a delay in election results because of mail-in voting, but also said the method could jeopardize the election’s integrity.

“If you do universal mail-ins with millions and millions of ballots, you are never going to know what the real result of an election is,” he said Friday. “It’s going to be a very, very sad day for our country.”

Pelosi said she doesn’t think mail-in voting is beneficial to one party or another but added, “It is essential from a health reason because we want to keep people at home to vote without having them all collect on Election Day, but if they do want to vote in person, that we have sufficient spacing and all the rest so it’s not a risk to their health.”

“People should not have to choose between their health and their vote, and that’s very important,” she said.