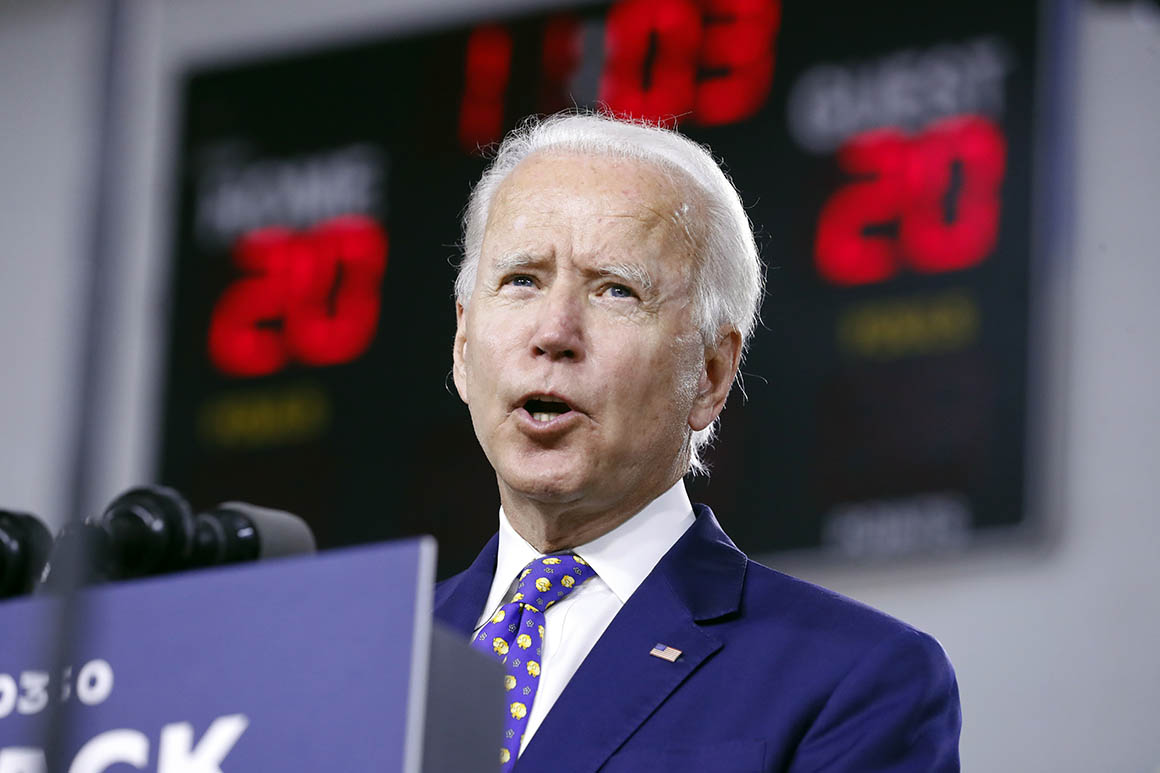 Biden leads the president 51 percent to 41 percent among registered voters nationwide, according to the Monmouth University survey, a slight tightening of the race since late June, with Biden ticking down a percentage point and Trump rising 2 points.

The new poll comes as the former vice president is expected imminently to announce his running mate.

The Monmouth survey found that 4 percent of those polled are still undecided in their support, while 2 percent back Libertarian Jo Jorgensen and 1 percent back the Green Party’s Howie Hawkins.

While the new poll indicates that Trump’s summer slump may be reversing course, it still gives Biden a sizable national lead heading into the presidential nominating conventions later this month. Democrats will hold their virtual convention next week, with Republicans scheduled to gather remotely the week after. Presidential candidates have historically seen bumps in their poll numbers after their party’s nominating convention, but it’s unclear whether this year’s online events will produce a similar uptick.

There are other signs of stabilization in the race, which has seemingly tipped in Biden’s favor thanks in large part to voters’ dissatisfaction with Trump’s handling of the coronavirus pandemic. Fully half of voters surveyed still say they are “not at all likely” to support Trump, unchanged from June, compared with 40 percent who say the same of Biden. And Biden holds a slight edge among those polled who said they are certain to vote for him, with 39 percent saying so compared with 35 percent for Trump, also roughly the same as in late June.

The Monmouth University poll was conducted by phone from Aug. 6 to 10 among 868 adults in the United States, with results based on 785 registered voters. The survey has a margin of error of plus or minus 3.5 percentage points.