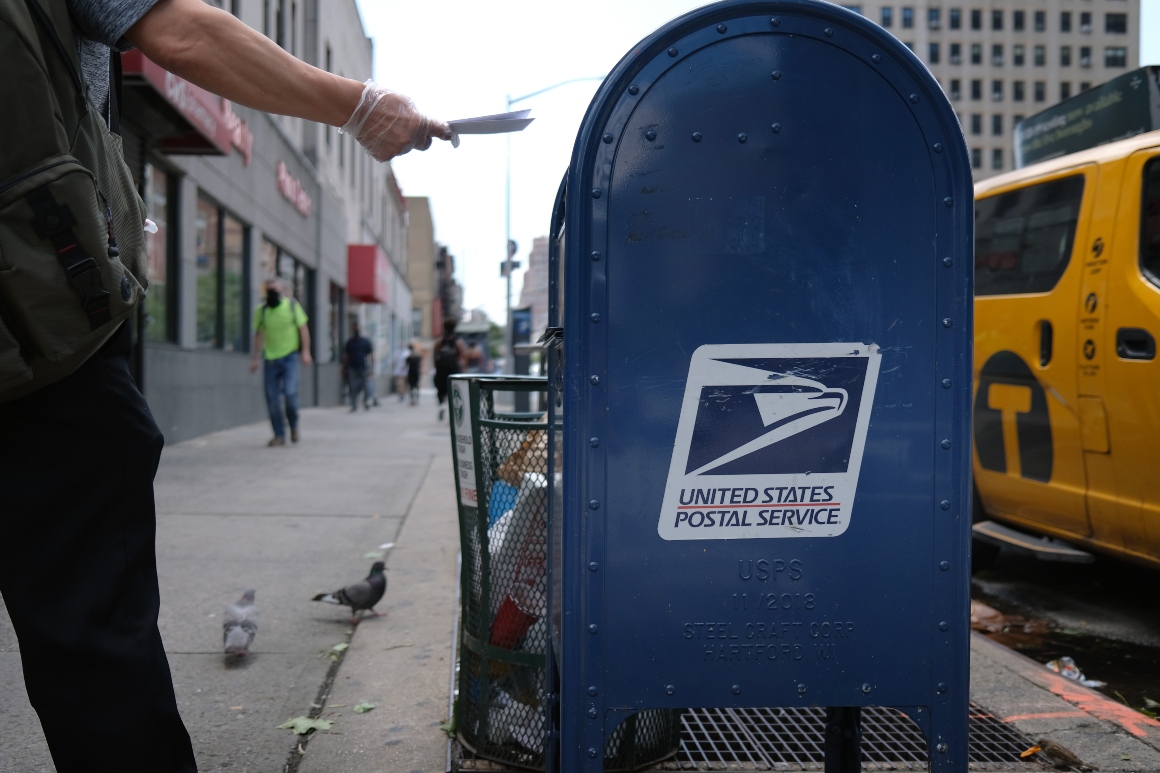 The postmaster general also rejected allegations that he was purposefully slowing down mail ahead of the November election. | Spencer Platt/Getty Images

The head of the United States Postal Service on Friday denied claims he was sabotaging election mail on behalf of President Donald Trump, as large delivery delays spark fears of a voting crisis associated with an increase in mail-in ballots.

Members of Congress fiercely criticized Postmaster General Louis DeJoy, a former business executive and top Republican donor, after he instituted changes that politicians say have slowed down service during a crucial period.

On Thursday, lawmakers from both parties urged DeJoy to switch course on policies that limited overtime pay for Postal Service workers and mandated that if distribution centers were backlogged, mail must be kept there until the following day.

Voting rights advocates raised alarms about the changes, formalized in a July directive, and saw signs that a major Trump donor was carrying out the president’s longtime wish to reimagine the Postal Service.

DeJoy pushed back against these claims during an open session of the Postal Service’s Board of Governors on Friday morning.

“While I certainly have a good relationship with the president of the United States, the notion that I would ever make decisions regarding the Postal Service at the direction of the president or anyone else in the administration is wholly off base,” DeJoy said.

The postmaster general also rejected allegations that he was purposefully slowing down mail ahead of the November election, where mail-in ballots are expected to play an outsize role due to the coronavirus pandemic.

“Let me be clear that with regard to election mail, the Postal Service and I are fully committed to fulfilling our role in the electoral process,” DeJoy said. “Despite any assertions to the contrary, we are not slowing down election mail or any other mail.”

DeJoy also took aim at Congress, urging lawmakers to instead focus on allowing the Postal Service to integrate their retirement health benefit program with Medicare.

“Rather than sensationalizing isolated, operational incidents that I acknowledge can occur and have always occurred in a business of our size and scope, or attempting to impose unfunded mandates unrelated to any postal policies, I ask members of Congress to take action on this one legislative burdensome issue that will actually make a difference,” DeJoy said.