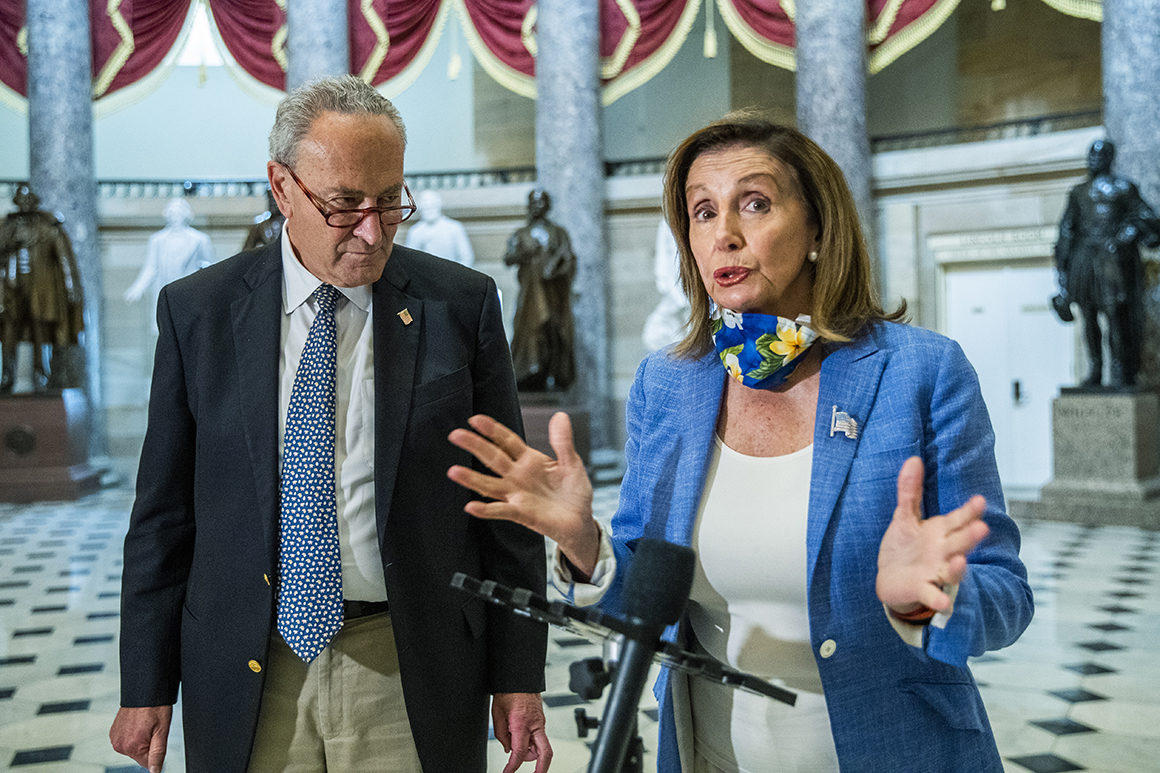 White House officials and Democratic congressional leaders said they made progress during talks on a new coronavirus relief bill on Capitol Hill on Saturday, but both sides cautioned that an agreement is not imminent.

“Well, this was the longest meeting we had, and it was more productive than the other meetings,” Schumer told reporters afterward. “There are many issues that are still very much outstanding, where we’re apart, but we had a serious discussion and we went down piece by piece and saw where each side is at.”

“I think we would also characterize the discussions as the most productive we’ve had to date,” Mnuchin added. “I would characterize this as there’s still a lot of work to do.”

A day after Pelosi and Meadows tossed rhetorical bombs at each other in dueling TV appearances, the tone was more serious on Saturday. Gone were the verbal digs at the other side, a clear sign that for one day at least, the national political leadership was moving forward in addressing the ongoing economic crisis unfolding across the country as the pandemic worsens.

A $600-per-week federal unemployment benefit expired on Friday, as did an eviction moratorium. The end of those two federal protections could hurt some of the millions of Americans who’ve lost their jobs since the coronavirus pandemic hit the country five months ago. More than 153,000 Americans have died from the disease, and the U.S. economy shrank by more than 9% as businesses shut down.

Pelosi and Schumer, however, are backing a far more costly $3 trillion House-passed proposal that would extend the $600 weekly federal unemployment benefit until next year. And Democrats want more than $900 billion in federal aid for state and local governments, as well as far more financial support for schools and universities.

As the talks bogged down this week, Meadows and Mnuchin made several offers for a short-term continuation of the $600-per-week unemployment payment in combination with some other provisions.

But the Democrats rejected that White House-led effort, saying they want to come to an agreement on a larger package, not a “piecemeal approach” to the problem.

“So today was productive in terms of moving us forward,” Pelosi said. “But it is again, we have to get rid of this virus so that we can open our economy, safely open our schools and to do so in a way that does not get cuts in benefits to America’s workers.”