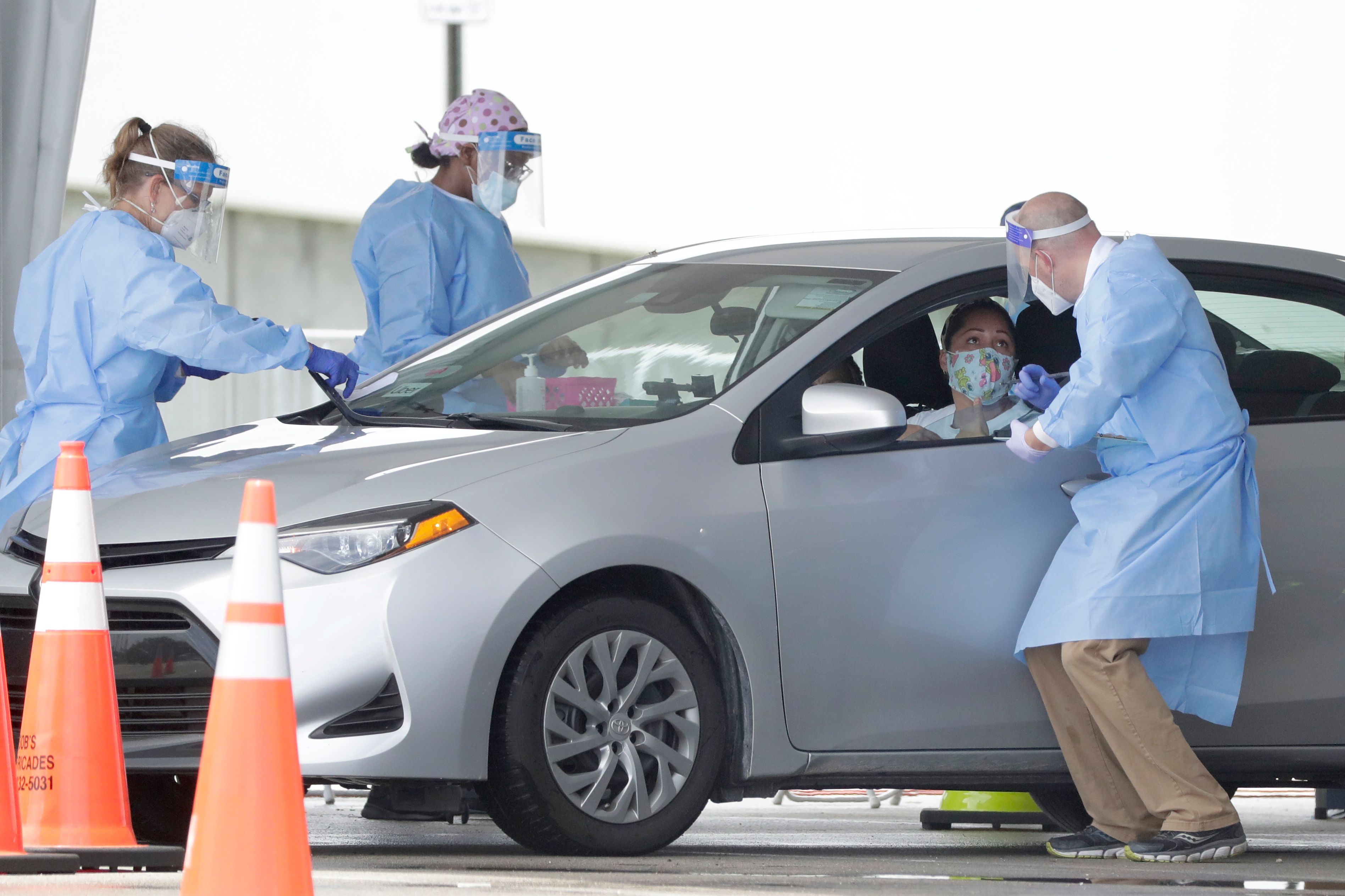 The Trump administration is gambling that a new generation of fast, cheap coronavirus tests can bring the U.S. outbreak under control. The challenge now is getting enough of these tests to pursue that strategy.

The rapid antigen tests, which hunt for proteins on the virus’ surface, give results in less than 30 minutes. They are less accurate than lab tests now in widespread use, which detect the virus’s genetic material and take hours to analyze. But a growing number of public health experts say trading off accuracy for speed is a gamble worth taking, as testing labs struggle to clear days-long backlogs.

Getting more test results in a matter of minutes, rather than days, could help public health agencies move faster to quarantine the sick and trace their contacts. Many see the rapid antigen tests as the tool that could finally contain the U.S. outbreak — just in time for the annual flu season, which begins in October.

Trump’s testing czar, Brett Giroir, has said he hopes to have 20 million rapid point-of-care tests available per month by September. But some health experts estimate the U.S. needs as many as 25 million of the tests per week by October to ensure the safe operation of schools, health facilities and other essential workplaces.

Nursing homes have been told it could be months before antigen tests are available in sufficient numbers. And states, which have spent months scrambling for protective equipment and testing supplies on the open market, are now competing for the tests.

Manufacturers of antigen tests say they are nowhere near able to meet demand.

Doug Bryant, president and CEO of test-maker Quidel, told investors last week that demand “will far exceed what all of the manufacturers in the rapid antigen space can produce, for at least the next several quarters.”

BD, the only other manufacturer with an antigen test on the market, anticipates producing 10 million test kits from July to September. It plans to increase production to 8 million per month in October and then 12 million a month by March 2021. President and CEO Tom Polen said Thursday that demand for antigen tests will “exceed supply in the foreseeable future at least.”

Other rapid tests on the market — like Abbott’s ID Now and Cepheid’s Xpert Xpress, which do not use antigen technology — are still hard to come by. Abbott President and CEO Robert Ford told investors in July that the company is working to expand production of its rapid test kits to more than 50,000 per day.

Meanwhile, shortages of the antigen tests are already causing confusion and frustration.

Katie Smith Sloan, president and CEO of LeadingAge, an association of nonprofit providers of aging services, said nursing homes are in the dark about how many tests they’ll be able to purchase.

“When our colleagues have talked to distributors, they have simply said that it could be months before ample testing supplies are available,” she said.

States, which have spent months scrambling for protective equipment and testing supplies on the open market, are now competing for the rapid tests. A bipartisan group of seven governors said Tuesday that they would jointly purchase 3.5 million antigen tests from the only two companies now authorized to sell them — in the hopes of creating an incentive for test makers to ramp up production.

The Trump administration announced last month that it would send antigen test supplies, including the instruments that analyze samples, to each of the nation’s 15,000-plus nursing homes. The plan was to start with facilities in hot spots. But it had a catch: Each nursing home would get anywhere from 900 to 150 tests depending on its size — and they could take up to three months to arrive. Once the nursing homes exhausted the federal shipments, they’d need to purchase more tests on their own.

Giroir recently told POLITICO he wasn’t worried about jockeying with states for scarce antigen testing supplies because the federal government could use its “priority authority to purchase” and simply jump the line. He also said that recent federal investments aimed at helping the two antigen test-makers, BD and Qiagen, increase production capacity should soon pay off.

Other companies are trying to enter the antigen test market. OraSure Technologies is developing an over-the-counter antigen test that people could take without a prescription from a health care provider. The company said this week it expects to apply for Food and Drug Administration emergency authorization in October at the earliest. If the agency gives the test a green light, OraSure CEO Stephen Tang said the company could produce them at a rate equivalent to 55 million per year by early 2021.

But even if the tests become more available, they’ll have to be deployed carefully, in ways that account for the increased risk of false negatives compared with tests analyzed in labs.

The FDA expects any coronavirus test prescribed by a health care provider — a category that includes antigen tests now on the market — should be able to correctly detect the virus at least 80 percent of the time. The more complex PCR tests that must be analyzed by labs are expected to spot at least 95 percent of positive samples.

Some in the nursing home industry are already raising alarm bells about the risks of going with faster, but less accurate, antigen tests.

“In a nursing home, a false negative test would spell disaster,” said Jabbar Fazeli, a spokesperson for the Maine Medical Directors Association who also oversees medical care in several Maine nursing homes. Fazeli, a geriatric medicine physician, is advising the three homes he supervises against using the tests.

The Centers for Medicare & Medicaid Services, which regulates nursing homes, acknowledges that antigen tests can’t be used to rule out coronavirus infection. But in a statement announcing the federal shipments, CMS Administrator Seema Verma said the tests were “one more tool in the toolbox” that could help nursing homes quickly identify infected residents and isolate them to halt the virus’ spread.

BD says it is reaching out to nursing homes to ensure they have the support needed to operate its antigen testing machine.

But many nursing homes have not been adequately trained on how to administer antigen tests — whether made by BD or Quidel, said Chris Laxton, executive director of the The Society for Post-Acute and Long-Term Care Medicine.

“What I’m hearing from our members is that we’re not seeing a lot of support from the companies at this point on how to train staff to do that or even advice on what level of clinical background you need in order to carry these tests out,” Laxton said.

Smith Sloan, of LeadingAge, said she knows of at least one facility that has hired its own lab technicians to run coronavirus tests. But that won’t solve every test-related problem. Some LeadingAge members have told her their government-supplied machine and kits arrived without some components needed to actually run the tests.

Despite these speed bumps, the goal of moving toward cheap and rapid testing is worthwhile, says Jonathan Quick, who runs the Rockefeller Foundation’s pandemic response. “Fast and frequent beats slow and highly accurate from an epidemic control point of view,” he said.

Bruce Tromberg, who is leading a $1.5-billion National Institutes of Health program to improve coronavirus testing technology, predicts that government investments should have “a substantial impact on testing” as the country heads into the fall.

“We know that the only way to have a sustainable wide-scale cultural change is to provide tests for everyone and on a personal basis,” Tromberg said.