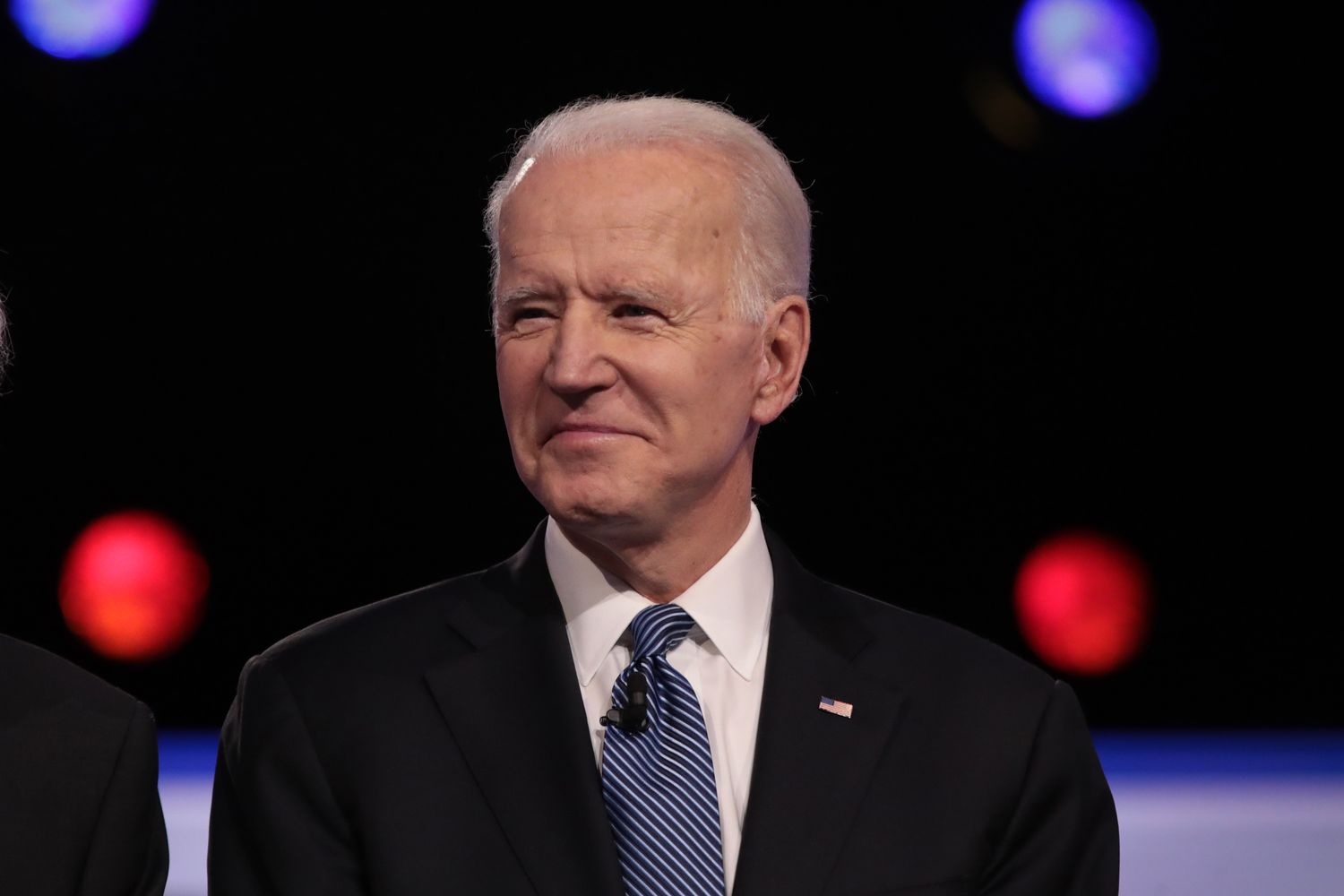 Executives and employees at the nation’s biggest banks are giving a boost to former Vice President Joe Biden’s campaign for the White House, despite economic policies under President Donald Trump that produced record profits for the industry.

Contributions from individuals affiliated with the six largest lenders total $907,216 for Biden and $293,434 for Trump, according to a POLITICO review of campaign finance data. Biden has a significant fundraising advantage at every one of the banks — JPMorgan Chase, Bank of America, Citigroup, Wells Fargo, Goldman Sachs and Morgan Stanley.

Their preference for the former vice president comes even as Trump’s administration has delivered in a significant way for the banks — making them among the main beneficiaries of his 40 percent cut in the corporate tax rate and easing Obama-era regulations. Biden has pledged to repeal some of those tax cuts and impose new fees on large financial institutions.

But in an era of growing social and racial unrest, as well as income inequality, many bankers are voting beyond their wallets in the belief that Trump is stoking those divisions, industry experts say. Many in the industry are embracing Biden’s approaches to racial equity, foreign affairs and other areas where his tone is more aligned with the leaders of global financial institutions.

“These contributions speak to the deep unease Democrats and many independents have with national policy on personal priorities such as equality, civility and constitutionality,” said Federal Financial Analytics managing partner Karen Petrou, who advises bank executives on policy. The bankers, she said, are “expressing themselves as well as their company’s priorities when they make contributions.”

To be sure, Biden is also a known entity to Wall Street and benefits from his longtime closeness to the financial industry. While representing Delaware in the Senate, he supported bankruptcy legislation that made it harder for consumers to escape credit card debt. More recently, he attracted controversy for telling wealthy donors at a 2019 fundraiser that “no one’s standard of living will change, nothing would fundamentally change” for them.

And employees at the megabanks also showed a preference for former Secretary of State Hillary Clinton over Trump in 2016 — she outraised him by more than 10 to 1 among these same companies. But they put their money behind Republican Mitt Romney when he ran against President Barack Obama and Biden in 2012.

The figures, aggregated by the Center for Responsive Politics, cover not only high-profile executives but also other employees at the sprawling, international corporations. They underscore a view in the banking industry that Biden would govern as a moderate despite the influence of Wall Street watchdogs like Sen. Elizabeth Warren (D-Mass.).

The contributions analyzed for this story came from individual donors at the banks and were not directed by the companies themselves, which operate separate political action committees that help fund congressional campaigns.

The wave of contributions has emerged as Biden, who will accept the Democratic presidential nomination during the party’s convention next week, takes the lead over Trump in national and battleground state polls.

“President Trump’s campaign is powered by everyday Americans who have benefited from his bold leadership,” she said. “Joe Biden has Big Tech, Big Pharma, and Big Banks in his pocket, and the Trump campaign still outraised him in July — not to mention we have real voter enthusiasm in our corner. President Trump will continue to prioritize hardworking Americans while Joe Biden looks out for himself.”

Jason Pye, vice president of legislative affairs at FreedomWorks, a conservative group, had another explanation for Biden’s popularity with bankers: “It’s no secret that big businesses, including big financial institutions, tend to benefit from big government policies. They’re able to insulate themselves from regulation to some degree because they can afford the cost of compliance that leaves smaller institutions out in the cold.”

While Biden has shied away from demonizing Wall Street like Warren and some other Democrats, he has pledged to raise taxes on large financial institutions and other corporations after Trump slashed the rate to 21 percent from 35 percent in 2017, helping deliver a 44 percent surge in banking industry profits in 2018. That’s the top concern of bank lobbyists who are starting to game out how Washington would approach the industry if Democrats take back power.

Yet Paul Thornell, former managing director for federal government affairs at Citigroup, said banking executives aren’t just focused on things like tax policy when it comes to showing their support for a candidate.

“They’re looking at character and how these two conduct themselves as leaders,” said Thornell, now a principal at government relations firm Mehlman Castagnetti Rosen & Thomas. “They’re looking at the issues that Trump has decided to align himself with versus the issues they think Biden would give voice to, which are probably more in line with where they are personally, the brand and reputation of their firms and the issues their employees care about.”

Still, any perceived coziness between Biden and bankers is a potential political problem as the former vice president faces pressure from progressives to crack down on big business. One Biden official said teachers are the top profession that donates to his campaign.

“Wall Street bankers and hedge fund managers didn’t build this country — the American middle class did,” Biden spokesperson Andrew Bates said. “Donald Trump has turned his back on families struggling to get by throughout his presidency, passing a multitrillion-dollar tax giveaway to the wealthy and plunging manufacturing into a recession while creating new incentives for outsourcing American jobs — whereas Joe Biden is running to ensure that our economy rewards work, not just wealth, which is why his campaign is powered by small, grassroots donations.”

Indeed, a Biden administration will likely pursue stricter banking regulation than has Trump, though it’s not expected to be the kind of sea change that occurred under Obama. At that time, the global economy was reeling from a financial crisis created by Wall Street, and Democrats responded by overhauling bank regulation with the landmark 2010 Dodd-Frank Act.

Now, bank lobbyists say the Biden campaign’s recent economic proposals, including those released in partnership with Sen. Bernie Sanders (I-Vt.), haven’t been that surprising or threatening.

Bank representatives see lots of issues where they can have constructive conversations with Democrats. They include responding to climate change, improving corporate diversity and supporting small business.

Big banks have also joined the fight against Big Tech by lobbying to stop technology companies from obtaining bank charters. Lobbyists expect Democrats to put more pressure on private equity firms than big banks, which were public enemy No. 1 when Biden became vice president in 2009.

The dynamic was on display last month when Sen. Sherrod Brown (D-Ohio) — who proposed breaking up the banks after the 2008 crisis — spoke on a Goldman Sachs-hosted Zoom call commemorating the graduation of entrepreneurs from the company’s “10,000 Small Businesses” program. Brown, who would likely chair the Senate Banking Committee if Democrats won back the Senate, appeared with Goldman CEO David Solomon.

Brown scolded Solomon for stock buybacks the bank pursued thanks to the Trump tax cuts but he also praised the bank’s small business efforts in Ohio.

“I hope you’ll follow up with a commitment to invest more of your, I would say, immense resources in the real economy and communities that often get overlooked by Wall Street,” Brown said. “This is an example of Goldman doing that.”

Capital Alpha Partners director Ian Katz said there are competing forces at play when it comes to how the banking industry views Biden. Biden and his regulators would generally favor tighter regulation. But Trump has been harder for banks to predict because of his populist tendencies.

“There’s also the possibility that while bankers prefer Trump on matters affecting their industry, they may prefer Biden on most other things,” Katz said. “If that’s the case, they could lean toward Biden because they prefer him on most matters, and while he may be less friendly than Trump is to banks, they don’t think he’ll be dangerously unfriendly. So when they take everything into account, they may lean toward Biden.”