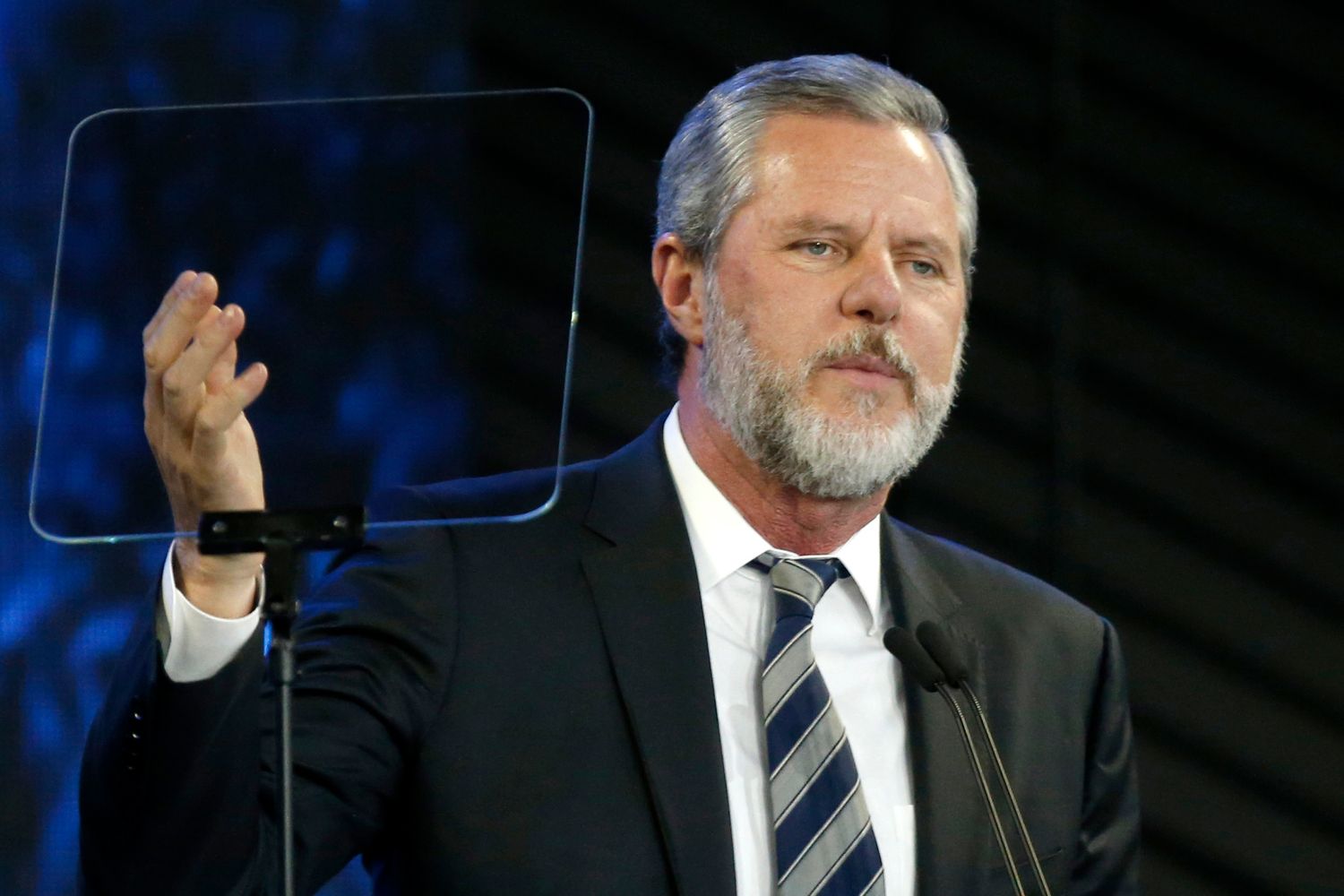 Jerry Falwell Jr. speaks before a convocation at Liberty University in in 2018. | Steve Helber/AP Photo

A top House Republican with ties to Liberty University is calling on Jerry Falwell Jr. to step down as president of the large Christian school in the wake of a viral photo that showed him vacationing on a yacht with his pants unzipped, holding a drink, and with his arm around a woman.

“Jerry Falwell Jr’s ongoing behavior is appalling,” Rep. Mark Walker, the vice chair of the House Republican Conference, wrote in a tweet on Thursday that called for Falwell’s resignation.

The North Carolina congressman, a former pastor, said he serves on a music faculty advisory board at Liberty University and previously served as an instructor at the school. He has announced his retirement from Congress this year, after his district was substantially redrawn, but is considered a possible future Senate candidate.

“I’m convinced Falwell should step down,” Walker said. “None of us are perfect, but students, faculty, alumni and @LUPraise deserve better,” referring to the university’s gospel choir.

Walker’s tweet is the most high-profile condemnation of the photo of Falwell since it began circulating on the internet earlier this week. The incident earlier drew widespread criticism and charges of hypocrisy because Liberty University has a strict code of conduct for students that, among other things, prohibits students from having sexual relations outside of a “biblically-ordained” marriage and consuming media with lewd lyrics, sexual content and nudity.

Falwell on Wednesday said in a radio interview that he had apologized to “everyone” for the photo, which he said was taken but at the same time defended the incident as a vacation “costume party” that was “just in good fun.”

Falwell also described the woman in the photo as his “wife’s assistant” and said he regretted embarrassing her by posting the photo.

“I’m gonna try to be a good boy from here on out,” Falwell added.

Falwell, who is among the most vocal evangelical supporters of President Donald Trump, has been president of Liberty University, founded by his father, the late Rev. Jerry Falwell Sr., since 2007.

Liberty University did not immediately respond to a request for comment.