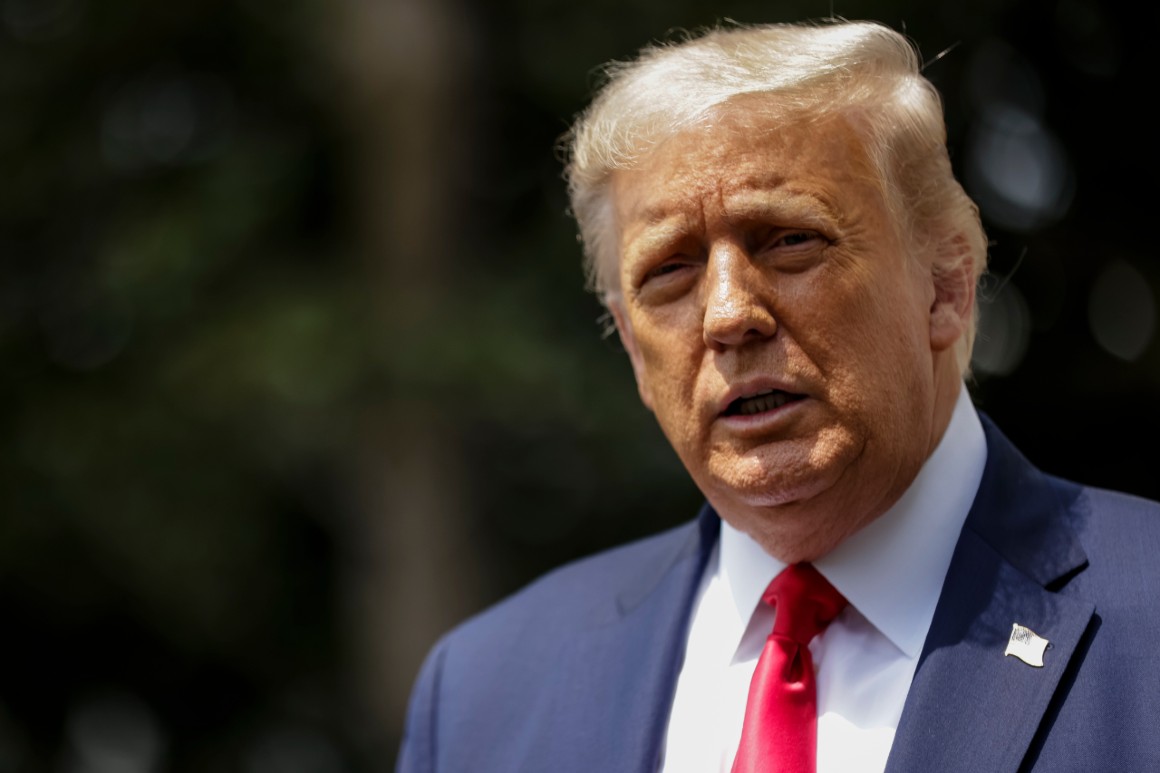 President Donald Trump on Monday accused Sen. Ben Sasse of being a “RINO” who had “gone rogue” by scolding the White House for a recent collection of executive actions meant to provide assistance to Americans amid the coronavirus pandemic.

“RINO Ben Sasse, who needed my support and endorsement in order to get the Republican nomination for Senate from the GREAT State of Nebraska, has, now that he’s got it (Thank you President T), gone rogue, again,” Trump wrote on Twitter. “This foolishness plays right into the hands of the Radical Left Dems!”

Trump’s admonishment of Sasse comes after the Nebraska Republican issued a scathing statement in response to the president’s announcement of four relief measures after talks broke down between White House negotiators and congressional Democrats — who failed last week to strike a deal on a new round of federal coronavirus aid.

During a politically charged speech Saturday delivered from his resort in Bedminster, N.J., Trump said he would pursue one executive order and three presidential memoranda to federal agencies aimed at cutting taxes for workers, extending unemployment benefits at a reduced rate, renewing a moratorium on evictions, and deferring student loan payments and interest.

But Sasse, who emerged as an early GOP critic of the president despite consistently voting in favor of the White House’s legislative priorities, joined Democratic lawmakers in questioning the legality of Trump’s maneuvers.

Sasse’s office did not immediately respond to a request for comment about Trump’s attack on Monday.

Last September, Trump formally backed Sasse’s bid for a second term in 2020, tweeting that the freshman senator “has done a wonderful job representing the people of Nebraska. He is great with our Vets, the Military, and your very important Second Amendment. Strong on Crime and the Border, Ben has my Complete and Total Endorsement!”

But Sasse has sparred with Trump since the president’s days as the frontrunner in the 2016 Republican primary, writing in a Facebook post in February of that year: “I sincerely hope we select one of the other GOP candidates, but if Donald Trump ends up as the GOP nominee, conservatives will need to find a third option.”

After Trump’s election, Sasse told POLITICO in May 2017 that the new president “comes out of a reality TV world,” and acknowledged that he had “lots of anxiety about whether or not that kind of world is really what we want for our kids.”

More recently, Sasse condemned the aggressive dispersal of apparently peaceful protesters outside the White House in June so Trump could pose with a Bible and stage a photo opportunity at a nearby church. “There is a fundamental — a constitutional — right to protest, and I’m against clearing out a peaceful protest for a photo op that treats the Word of God as a political prop,” Sasse said.

And later that month, Sasse was among the Republican senators who pressed the White House on the president’s knowledge of reported Russian bounties paid to the Taliban to kill U.S. troops in Afghanistan. “I want to understand how it’s conceivably possible that the president didn’t know. How does that possibly happen?” Sasse said.