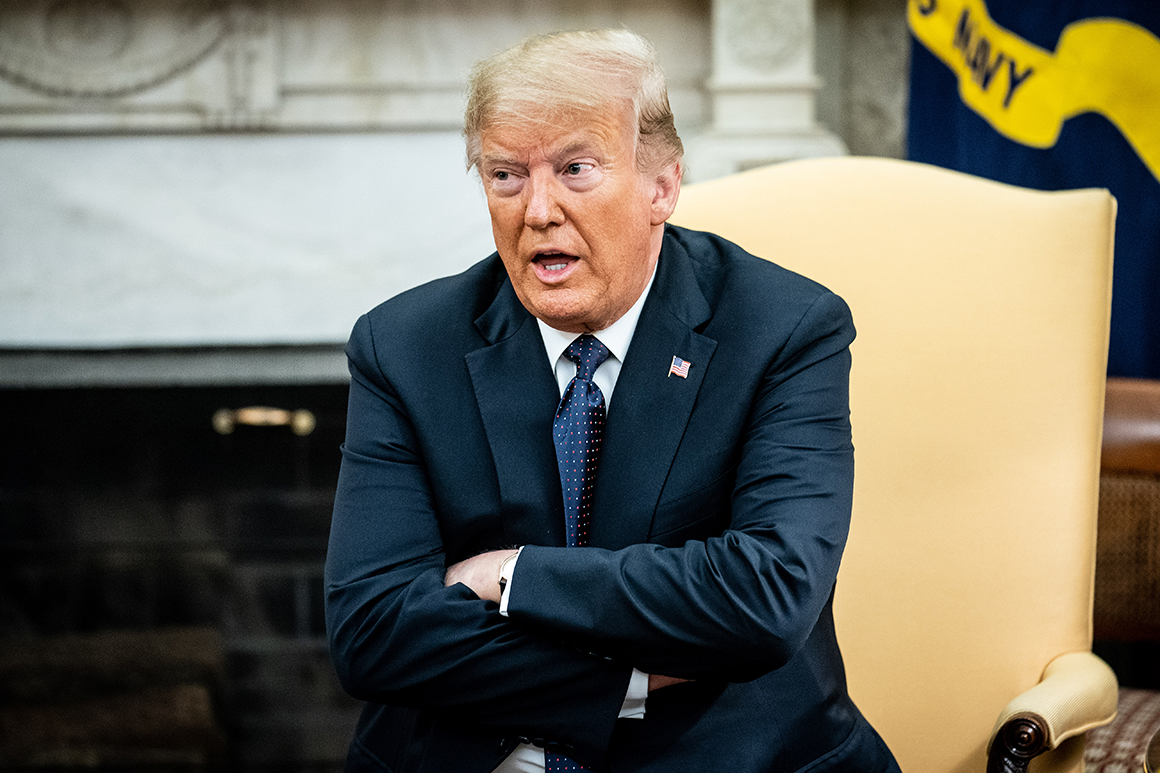 President Donald Trump on Tuesday reversed his opposition to mail-in voting — at least in one crucial battleground state — after railing against the practice for months amid the coronavirus pandemic.

“Whether you call it Vote by Mail or Absentee Voting, in Florida the election system is Safe and Secure, Tried and True,” Trump wrote in a tweet. “Florida’s Voting system has been cleaned up (we defeated Democrats attempts at change), so in Florida I encourage all to request a Ballot & Vote by Mail! #MAGA”

The tweet represented a remarkable change in tune for the president, who has himself voted by mail in Florida but has aggressively pushed voters to head to the polls in person this fall despite fears of spreading the coronavirus. Trump has repeatedly leveled unsubstantiated claims that voting by mail would result in widespread voter fraud and that the practice would ultimately benefit Democrats.

Despite Trump’s insistence to the contrary, cases of election fraud in the U.S. are exceedingly rare, though experts acknowledge that there are some slightly higher fraud risks associated with mail-in balloting when proper security measures are not put in place.

Just last week, Trump floated delaying November’s election until it was safer to do so in person, a suggestion he is not constitutionally empowered to enact. Trump suggested moving Election Day because an influx in mail-in voting, a practice many have advocated to avoid spreading the coronavirus at polling places, would be lead to a “rigged” election that would amount to the “greatest election disaster in history.”

On Monday the president claimed the right to issue an executive order pertaining to his concerns about mail-in voting, another legally dubious proposition, and pledged to sue Nevada over its plans to mail ballots to all registered voters. Asked about what authority the president might have to issue an executive order on mail-in voting, White House press secretary Kayleigh McEnany declined to answer.

But the sudden change in heart on mail-in voting in Florida, McEnany said stemmed from an unidentified legal ruling regarding voting in the state, comes as polls in Trump’s adopted home state — and a must-win battleground in November — show him trailing former Vice President Joe Biden.

The press secretary referred questions on the Florida legal ruling to the Trump campaign, a spokeswoman for which declined to immediately offer specifics but pledged to “circle back” with a reporter to share more.

The president’s shift on mail-in voting also comes as new data indicates the president’s assault on the practice may backfire on him come November.

Private polling shared with POLITICO this week showed that Republicans have become overwhelmingly concerned about mail balloting. In a state where presidential elections are regularly decided by thin margins, 15 percent of Trump voters in Florida said that getting a ballot in the mail would make them less likely to vote in the fall.

And in June, Florida Democrats opened up a more than 300,000-voter advantage over Republicans in enrollment for mail-in voting, a shift away from the GOP’s long-held dominance among absentee ballot-casters. That 300,000-voter gap is more than double the slim margin by which Trump won Florida in 2016.

Trump has repeatedly issued warnings of chaos surrounding the use of mail-in ballots, pointing to a pair of New York City primaries that have yet to be called more than a month later and a municipal election in New Jersey that saw almost 20 percent of mail-in votes thrown out. Trump has also accused the U.S. Postal Service of being unprepared to handle a surge of mail-in ballots, though the agency rejected that notion on Monday.

McEnany insisted Tuesday that Trump’s stance had not changed, and that he was still opposed to so-called universal mail-in voting, where states proactively mail ballots to every registered voter without requiring a request. Several states already conduct their elections entirely by mail, and an analysis last month of voting in three such states found that officials identified an infinitesimal amount of potentially fraudulent ballots.

In November, 42 states and the District of Columbia will effectively allow for, at a minimum, no-excuse absentee balloting — meaning any voter, regardless of age, health or location on Election Day will be able to vote by mail should they choose to do so.