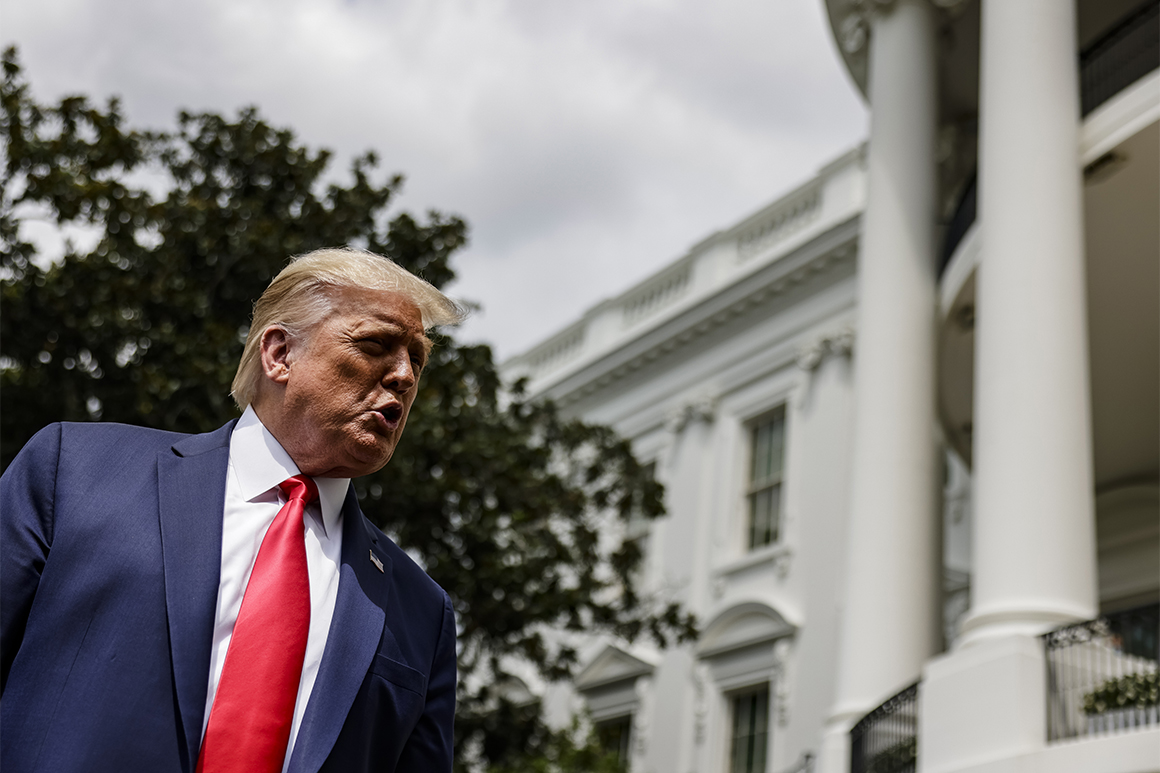 President Donald Trump said Monday he’s narrowed down the location where he will deliver his Republican National Convention speech to two locations: either the White House or the famed Civil War battlefield in Gettysburg, Pa.

In a tweet teasing the two locations, Trump wrote that a decision on the venue for his speech accepting the GOP nomination for president would be announced “soon.”

The White House has scrambled to find a new venue for the president’s speech since Trump announced his decision last month to toss out the party’s plans for a blowout event in Jacksonville, Fla., over surging coronavirus cases there.

Last week, the president confirmed reports that he was weighing holding his speech at the White House, a consideration that drew criticism from members of both political parties. Such a move would break with long-held precedents maintained by presidents from both parties who have sought to maintain a separation between politics and the work of governing that goes on at the White House.

Trump has already come under fire this summer for mixing politics and governance, staging campaign-style events on the White House campus as the pandemic has, for the most part, ground in-person campaigning to a halt.

But delivering a political speech from a hallowed Civil War battlefield, albeit one located in a GOP-heavy region of a crucial swing state, could prove controversial as well. Gettysburg is seen by many historians as the turning point for Union forces during the Civil War and was the site of former President Abraham Lincoln’s most famous address.

The site could also put a spotlight on Trump’s defense of statues and military bases that honor Confederate war heroes, a divisive issue amid America’s nationwide reckoning on matters of racial injustice.

This summer, Trump has railed against protesters seeking to topple statues and memorials honoring Confederate soldiers, ripped NASCAR for banning the Confederate battle flag from its events and threatened to veto annual defense authorization legislation that would strip the names of confederate leaders from U.S. military installations.

White House press secretary Kayleigh McEnany declined to say during a news briefing what the possible selection of Gettysburg as the venue for Trump’s speech would signal but alluded to its historical significance.

“The president has done a lot to bring this country together,” she told reporters. “We’ve faced unprecedented challenges, and he’s worked to make sure that the American people are best equipped and taken care of to rise above challenges that we face.”

McEnany added that the president “has a strong record of achievement he will be touting on that day.”

Trump is not alone in his search for a new acceptance speech venue. The Democratic National Committee announced last week that former Vice President Joe Biden, Trump’s presumptive rival in November’s election, will no longer travel to Milwaukee for next week’s Democratic convention because of the pandemic and will instead deliver his acceptance speech from his home state of Delaware.