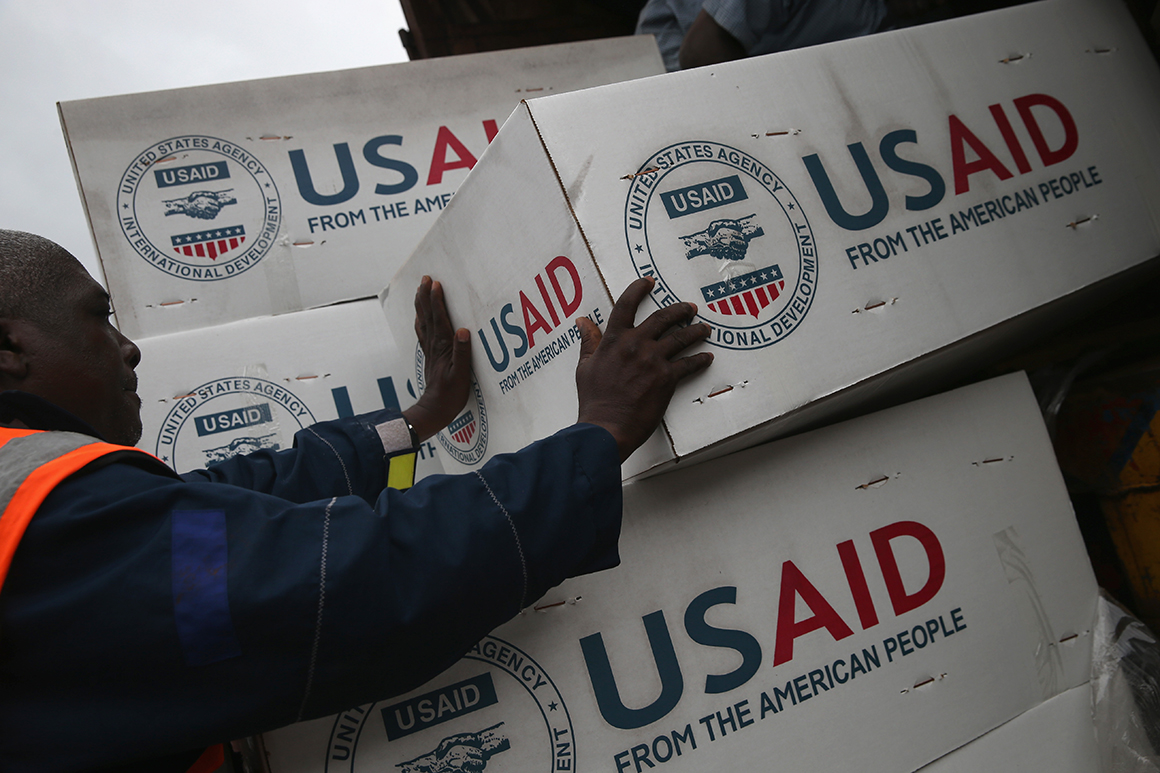 Merritt Corrigan, the deputy White House liaison at the U.S. Agency for International Development, is leaving the agency after a short and tumultuous tenure marred by calls for her removal over controversial comments she had made on LGBT rights, according to two USAID officials and another person familiar with the matter.

In tweets unusual even for an administration that has been marked by constant personnel shakeups and palace intrigue, she said she would be holding a news conference on Thursday that would include two far-right purveyors of conspiracy theories, Jacob Wohl and Jack Burkman, to “discuss the rampant anti-Christian sentiment at USAID.” She also said she had “watched with horror this week as USAID distributed taxpayer funded documents claiming ‘we cannot tell someone’s sex or gender by looking at them’ and that not calling oneself ‘cis-gendered’ is a microagression[.] I’m not cis-anything. I’m a woman.”

Corrigan also criticized the chairman of the House Foreign Affairs Committee, Rep. Eliot Engel (D-N.Y.), and Sen. Robert Menendez (D-N.J.), the top Democrat on the Senate Foreign Relations Committee, and said they had “engaged in a corrupt campaign to remove me from USAID. I will expose it on Thursday.”

She also tweeted on Monday: “The United States is losing ground in the battle to garner influence through humanitarian aid because we now refuse to help countries who don’t celebrate sexual deviancy[.] Meanwhile, Russia and China are happy to step in and eat our lunch.”

A Trump administration official said USAID‘s acting administrator, John Barsa, fired Corrigan on Monday after she began posting her tweets. Barsa told the White House of his decision and received no pushback. Barsa has repeatedly said he will hold people at the agency accountable regardless of their hiring category.

Twenty Democratic representatives, led by Engel, sent a letter to Barsa in late July telling him that Corrigan held positions “in direct opposition to the work USAID supports.”

In a statement, a USAID spokesperson, Pooja Jhunjhunwala, said: “Effective 3:00 P.M., on August 3, 2020, Ms. Merritt Corrigan is no longer an employee at the U.S. Agency for International Development (USAID). USAID takes any claim of discrimination seriously, and we will investigate any complaints of anti-Christian bias Ms. Corrigan has raised during her tenure at the Agency.“

Corrigan didn’t respond to a request for comment. It’s unclear what her next step will be.

Corrigan is not the only Trump appointee at USAID to have raised eyebrows. Others who have stirred concern recently are Bethany Kozma, who has spoken derisively of trans people and is deputy chief of staff; and Mark Kevin Lloyd, a USAID religious freedom adviser who has reportedly slurred Islam, calling it a “barbaric cult” in at least one instance.

Last year POLITICO reported on Corrigan’s Twitter account and cataloged a number of posts that lawmakers cited in their letter. She wrote that “our homo-empire couldn’t tolerate even one commercial enterprise not in full submission to the tyrannical LGBT agenda.”

“Liberal democracy is little more than a front for the war being waged against us by those who fundamentally despise not only our way of life, but life itself,” Corrigan wrote in another post.

House Democrats wrote in their letter: “We are left wondering how Ms. Corrigan is able to effectively serve an agency whose principles are so clearly antithetical to her own.”

Corrigan also once wrote an op-ed that called for women to assume traditional gender roles of mother, wife and homemaker.

On Monday, she defended herself and tweeted: “For too long, I’ve remained silent as the media has attacked me for my Christian beliefs, which are shared by the majority of Americans[.] Let me clear: Gay marriage isn’t marriage[.] Men aren’t women[.] US-funded Tunisian LGBT soap operas aren’t America First.”

David Stacy, government affairs director for the LGBTQ advocacy group Human Rights Campaign, said in a statement: “Sadly, Merritt Corrigan is not unique in the Trump Administration. She is the exact type of anti-LGBTQ zealot that Trump recruits and places in positions of power. Corrigan’s biased and harmful beliefs are not shared by the vast majority of Americans.”

Nahal Toosi contributed to this report.