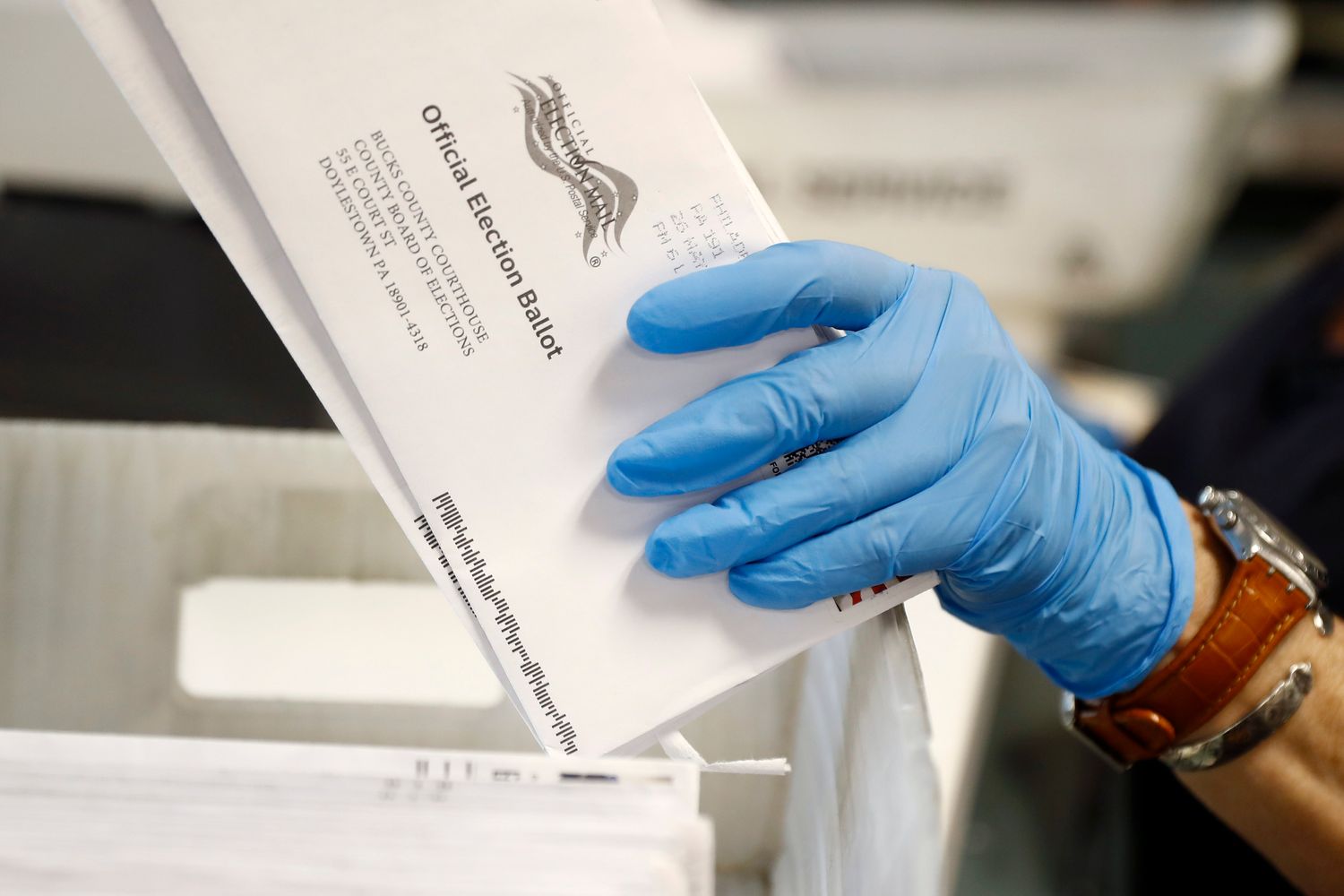 New private polling shared first with POLITICO showed that Republicans have become overwhelmingly concerned about mail balloting, which Trump has claimed, without evidence, will lead to widespread voter fraud. A potentially decisive slice of Trump’s battleground-state base — 15 percent of Trump voters in Florida, 12 percent in Pennsylvania and 10 percent in Michigan — said that getting a ballot in the mail would make them less likely to vote in November.

Trump won each of those states by a thin margin in 2016, and less than 1 percent of Joe Biden voters said getting a ballot mailed to them would make them less likely to vote. Overall, 53 percent of voters in Florida and about half in Michigan and Pennsylvania expressed health concerns about casting their ballots in person and prefer voting by mail in November.

The poll is part of a late flurry of research trying to gauge swing-state voter attitudes as the coronavirus accelerates the trend of more and more voters casting their ballots by mail. While there are concerns that the U.S. Postal Service may not be able to handle the crush of ballots, some Republicans fear that Trump’s regular fulminations against mail voting will depress GOP turnout in the fall. He has repeated baseless claims of widespread fraud associated with mail voting, and late last week the president floated the idea of delaying the election because of it, which he does not have the constitutional authority to do.

“He’s sowing the seeds of his own downfall with his rhetoric around vote by mail,” said Katie Merrill, a Democratic strategist whose consulting firm, BaughmanMerrill, commissioned the polling by FM3 Research, a respected outfit that polls for a range of clients including Democratic campaigns and municipal governments. “It really was like President Trump looked at the crosstabs of our poll when he tweeted. He tweeted exactly to his base what they are thinking.”

Large majorities of the swing-state voters expressed concerns about their health, with 70 percent viewing the pandemic as an “extremely” or “very serious” problem. Trump’s supporters skew older than Biden’s, including people who believe their health is at risk. Because of this, pollster Dave Metz said it’s more likely that the president’s supporters shy away from going to the polls in person, particularly if state and local health officials issue warnings against doing so.

“He probably has more to lose in that scenario,” Metz said of Trump.

Mail voting, which has been around for decades, had traditionally been viewed as a non-ideological issue in several states.

“I think when he talks about an 80 percent issue, where 80 people of the people are [for expanded vote by mail], of course it’s gonna hurt Republicans down the ballot,” said former Massachusetts Gov. Bill Weld, who unsuccessfully challenged Trump for the Republican presidential nomination and has since voiced support for Biden. Weld wrote an op-ed in The Washington Post begging Republicans to ignore the president on mail voting.

Conservative campaign operatives have also worried that the president’s dismissal of the method will hurt their programs to encourage voters to take advantage of the option, allowing Democrats to build up a big lead. There’s early signs that that is coming to pass: In Florida, 302,000 more Democrats have enrolled in the state’s vote-by-mail program than Republicans.

And if nothing else, Republicans should embrace mail-in voting for their own political futures, argued Kevin Kosar, the vice president of research partnerships at the free market think tank R Street. “There’s no obvious Plan B, other than being able to receive ballots via mail and either drop them by mail or return them to drop boxes.”

Despite frequent criticism from Trump, 85 percent of voters in the three swing states view the Postal Service favorably, the polls found.

Merrill and Metz told POLITICO they conducted the three surveys to get a sense of the landscape around mail balloting because the country is in uncharted territory with the pandemic. But they also want to help set realistic expectations around the timing of election results, including anticipated post-Election Day reporting delays associated with mail vote counting.

On the question of timing, the poll found massive gulfs between the two parties in the three states. Biden voters by a margin of 93 percent to 4 percent say they are willing to wait for delayed results if it means more people could vote by mail. Trump voters said they want the results as soon as possible, 75 percent to 13 percent, according to the survey.

Undecided voters’ attitudes more closely mirrored Biden supporters. Sixty percent of them said they were okay with waiting for results, versus 24 percent who said they wanted immediate results.

The poll was conducted from June 30 to July 20 with an online sample of 2,596 likely voters drawn from voter registration files. The margin of error is plus or minus 1.9 percent.

All three states polled allow for no-excuse absentee voting, meaning any voter can request an absentee ballot, regardless of their age, health or where they’ll physically be in their county on Election Day.

None of the states have what’s typically referred to as universal vote-by-mail, in which all registered voters are mailed a ballot, regardless of if they requested one or not. Only five states — Colorado, Hawaii, Oregon, Utah and Washington — do so as a regular practice. Two more states — California and Vermont, along with Washington, D.C. — have announced plans to mail ballots to voters due to the pandemic.

Election experts also say that the term vote-by-mail can be a misnomer for voters. Voters often have the option to return their ballots at a drop box or to their clerk, instead of through the postal service, and in-person voting options are also usually offered even in municipalities that mail all voters a ballot.

And this year, amid the coronavirus, more states are making it easier to request ballots than they have in the past.

In late May, for example, Michigan Secretary of State Jocelyn Benson, a Democrat, announced that she would mail request forms for ballots to all voters in the state for the November election. Trump was furious about Benson’s decision and threatened to cut federal funding for the state, though he did not follow through.

Democrats in the FM3 Research poll were far more likely to say receiving a ballot in the mail would make them more likely to vote, 53 percent compared with 21 percent of Republicans. Some 35 percent of independents would be more likely, it found.

“If you can’t think about it for the greater good, at least think about it for your own political survival,” said Kosar, the think tank researcher. “Because having a Wisconsin-type mess, having people have to stand in line, having you — the people’s representatives — blamed for a sudden spike in Covid cases … Do you want any of that on you as an elected official?

“I would hope not. Because that’s what’s going to happen,” he added. “There will be retribution for badly run elections.”