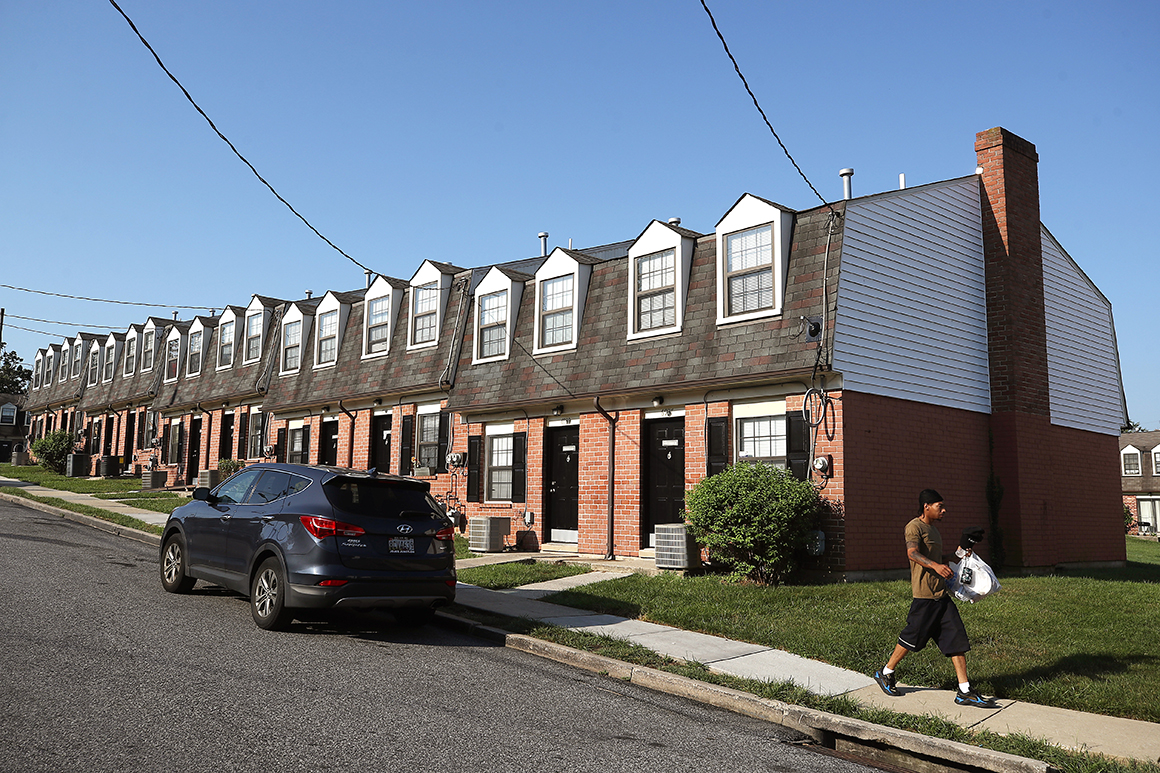 Housing advocates say the only way to ensure people can stay in their homes is to provide rental assistance payments — an idea that’s gaining traction even with some Republicans. | Mark Wilson/Getty Images

President Donald Trump’s vow to protect millions of Americans from the threat of eviction has one serious shortcoming: It would do nothing to help the vast majority of the country’s tenants.

Lawmakers have been unable to agree on extending a federal moratorium on evictions as part of their negotiations over the next economic relief package. But the ban itself shields barely a quarter of the nation’s 44 million rental units — only residents of buildings that have federally guaranteed mortgages.

The rest live in rentals with private mortgages, and millions of them could face eviction even if the federal government extends the ban because dozens of states have either offered tenants no protection or have let their own moratoriums expire.

That’s why housing advocates say the only way to ensure people can stay in their homes is to provide rental assistance payments — an idea that’s gaining traction even with some Republicans. Treasury Secretary Steven Mnuchin on Thursday told reporters that the White House negotiating team would “consider some payments on rental assistance.”

“Moratoriums that have a hard deadline without rental assistance are a recipe for civil unrest,” said David Dworkin, president and CEO of the National Housing Conference, a nonprofit advocacy group. “The prospect of sending thousands of sheriffs’ deputies into low-income neighborhoods to throw people out on the street with all of their belongings in front of their neighbors and children is a dynamic that will make the reaction to the George Floyd murder look tame by comparison.”

Many of the most vulnerable tenants live in states that voted overwhelmingly for Trump in 2016. Addressing the threat of mass evictions would allow the president to limit a major social disruption during his reelection campaign, even as some Republican lawmakers resist striking a deal with Democrats.

Over 9.6 million people rent in Texas, for instance, where there is no statewide ban in place. The more than 900,000 renters in Mississippi are also out of luck, as are more than 450,000 people in West Virginia.

Trump on Saturday announced he would move forward with multiple executive actions to provide relief to Americans after talks broke down between his aides and Democratic leaders, including renewing the moratorium on evictions during the pandemic.

The president said his directive on the moratorium would include financial assistance from the Department of Housing and Urban Development for struggling renters and homeowners. “We don’t want people being evicted, and the bill I’m signing will solve that problem largely, hopefully completely,” he told supporters in an address at Bedminster, N.J.

But even if the federal ban, which expired last month, is extended, that won’t help residents of states that haven’t enacted their own protections. While some cities in red states have implemented measures to shield tenants, many other renters are in danger.

“Layering a patchwork of state and local eviction moratoriums on top of the limited federal moratorium gave some level of protection to most renters, but these protections are expiring rapidly,” said Diane Yentel, president and CEO of the National Low Income Housing Coalition.

“Today, renters in 30 states — including many with surging coronavirus cases — lack any federal or statewide protections against eviction,” she added. “Reinstituting the limited federal eviction moratorium after state and local moratoriums have expired would leave the majority of renters still at risk of losing their home during the pandemic.”

Nearly 1.7 million rental households in Texas — or about 4.7 million people — cannot pay their full rent and are at risk of eviction, according to an analysis of Census Bureau data by the consulting firm Stout, Risius Ross LLC. More than 58 percent of Mississippi renter households and about 48 percent of those in West Virginia are in the same situation, as are 56 percent of Louisiana renters and 52 percent in South Carolina. And more than 1.1 million renter households in Florida are at risk of eviction, according to the study, although the state has offered some protections.

To be sure, the National Multifamily Housing Council, an advocacy group for the apartment industry, reported that 93 percent of households had made full or partial rent payment by July 27, suggesting that many don’t need protection. Still, that survey only accounted for 11.4 million professionally managed rental units, which are more likely to be in large cities with high-rise buildings — and to have tenants with higher incomes.

Political intelligence on Washington and Wall Street — weekday mornings, in your inbox.

“When you look at national measurements … you’re ignoring the fact that red state rentals are often off the grid, but red-state evictions will not be,” Dworkin said.

Some small businesses are also facing an existential threat: A lack of rent payments in those states could force mom-and-pop landlords out of business.

The National Apartment Association, an industry group, has warned of the “severe consequences” of an eviction ban extension on rental housing providers’ ability to maintain and provide residences. Industry advocates support giving tenants rental assistance payments to avoid forcing landlords to pick up the slack.

A recent survey by the University of California, Berkeley’s Terner Center and the National Association of Hispanic Real Estate Professionals of the association’s members found that more than 80 percent of those who own or manage properties with fewer than 20 units have seen their rental income fall since March.

One in four landlords who responded to the survey, which was conducted between June 29 and July 9, said they had borrowed money to make ends meet and just 61 percent expressed confidence in their ability to cover operating costs over the next three months.

Tenant advocates like Dworkin and their Democratic allies are pushing for billions of dollars in rental aid because they say eviction bans without supplementary assistance only put off the inevitable, all but ensuring people will lose their homes in the future.

“It defies logic that Republicans wouldn’t be fighting just as hard as Democrats for rental assistance,” Dworkin said. “This is a terrible bargaining chip, because frankly both sides need rental assistance, but one side may not realize how much they need it.”