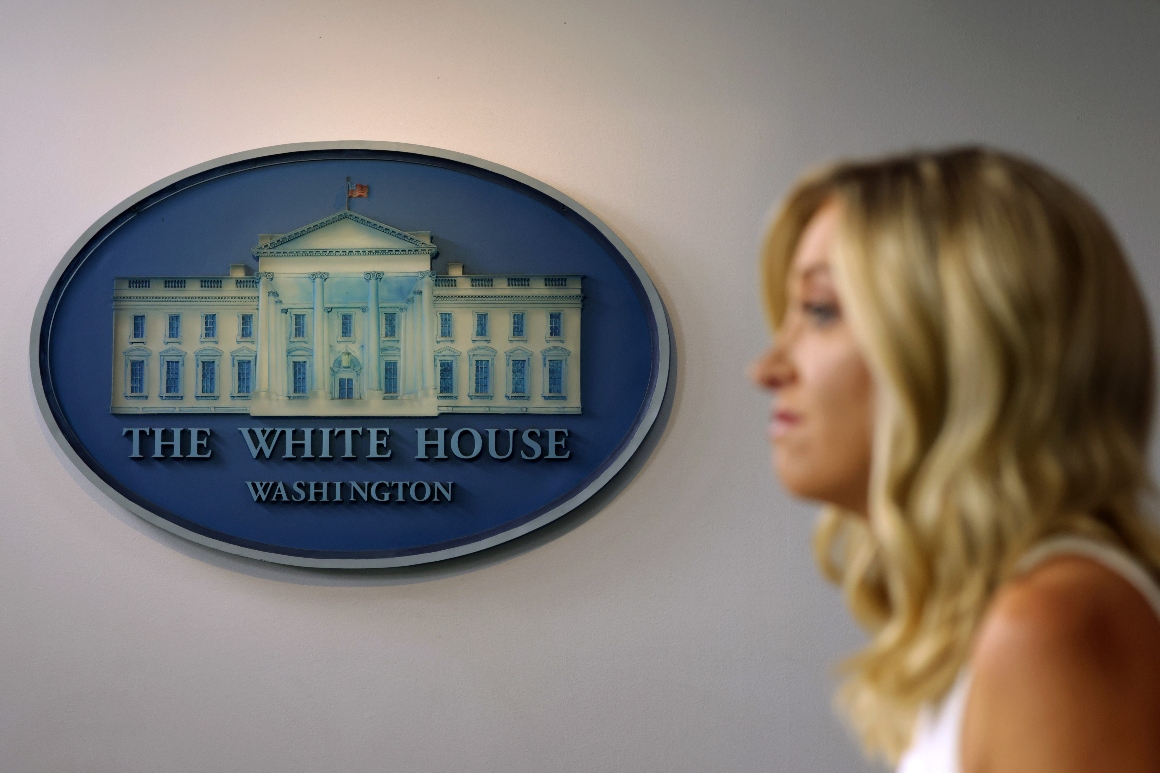 As President Donald Trump continues to downplay the need for increased Covid-19 testing across the country, White House officials were told on Monday they will now be subjected to random testing for the virus.

According to an email sent to executive branch employees, which POLITICO obtained, the new policy will require “random mandatory Covid-19 testing” for officials working inside the White House complex. Limited exceptions are available to aides who have spent the last 30 days working remotely or are on previously approved leave.

It was not immediately clear whether there would be consequences for aides who decline to be tested for the virus or fail to show up when summoned to the White House Medical Unit.

“As part of our ongoing efforts to protect the health and safety of the entire White House Complex, randomized testing of Executive Office of the President staff, which has been ongoing for several months, will become mandatory rather than voluntary,” a White House spokesperson said in a statement to POLITICO.

“Failure to report to testing will be considered a refusal to test,” the email stated.

The development comes less than two months after Trump claimed greater testing capabilities make the U.S. “look bad” compared to other countries with fewer confirmed cases. At a June campaign rally in Tulsa, Okla., the president said he had asked his aides to “slow the testing down.”

But inside the White House, testing has become increasingly widespread amid continued outbreaks in states that began reopening earlier this summer.

One senior administration official said a colleague in the West Wing was once tested six times in a single day due to a mix-up with the results and a false-positive test. The same official said employees who work in the Eisenhower Executive Office Building, located next to the White House, are tested each time prior to entering the West Wing.

The White House currently relies on a portable coronavirus test made by Abbott Laboratories, which produces results in five minutes and can be conducted in-house by medical unit employees.

Last week, the White House acknowledged that national security adviser Robert O’Brien had tested positive for Covid-19, making him the highest-level administration official known to have the virus.

But the White House stated that there was “no risk of exposure to the president or the vice president.”

The virus has reached other parts of the White House apparatus as well.

Over the weekend, Trump rebuked the federal government’s top infectious disease expert Anthony Fauci for claiming in congressional testimony that Americans are grappling with a rise in cases because only half of the U.S. economy closed down earlier this year.

“If you look at what happened in Europe when they shut down, or locked down, or went to shelter-in-place, however you want to describe it, they really did it to the tune of about 95 percent plus,” Fauci said during an appearance before a House subcommittee on Friday. “When you actually look at what we did, even though we shut down, even though it created a great deal of difficulty, we really functionally shut down only about 50 percent in the sense of the totality of the country.”

Responding to Fauci’s testimony in a tweet on Saturday, Trump wrote: “Wrong! We have more cases because we have tested far more than any other country, 60,000,000. If we tested less, there would be less cases.”