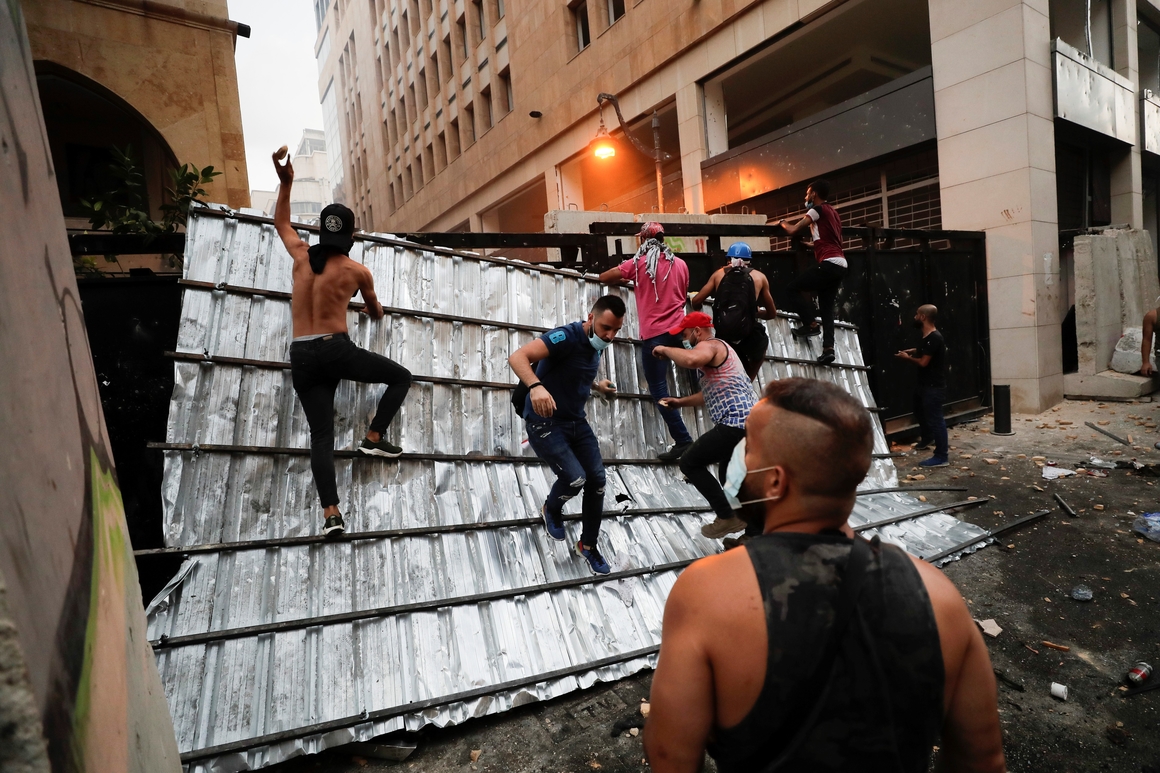 World leaders pledged some €250 million to help Beirut in a videoconference hosted by French President Emmanuel Macron on Sunday, as anger against Lebanon’s authorities continued to grow in the country’s stricken capital.

The virtual conference came less than a week after an enormous explosion in Beirut’s port area, which was housing highly explosive material, devastated parts of the city and killed more than 150 people. The funding drive brought together representatives from 28 countries and seven international organizations, and was backed by the United Nations.

A French government official said Sunday evening that the total amount of emergency aid that had been unlocked or would be made available shortly to help the Lebanese people in response to the disaster was €252.7 million.

Participants — including the United States, China, the EU and Brazil — said in a final statement that “major resources” would be put together in the coming days and weeks “to best answer the immediate needs of Beirut and the Lebanese people.” They added that they would follow U.N. recommendations to focus the aid on health care, education, food and housing.

According to the U.N., which was represented at the call by Deputy Secretary-General Amina Mohammed, a $117 million emergency response framework would be needed to address the consequences of the explosion, including $66 million for immediate humanitarian needs and $51 million for recovery and reconstruction.

Up to 300,000 people have been left homeless as a result of the explosion and Beirut’s governor estimated the losses at $10-$15 billion. Even before the blast and the coronavirus pandemic, Lebanon had been in the throes of an economic and political crisis.

The European Commission pledged €30 million on Sunday to help address the immediate needs of those affected by the disaster, on top of the €33 million in aid already announced earlier this week. Germany pledged another €20 million, Foreign Minister Heiko Maas said on Twitter. France pledged €30 million, the French official said.

“Assistance for an impartial, credible and independent inquiry on the explosion of August 4th is immediately needed and available, upon request of Lebanon,” the participants wrote.

Macron in his opening statement stressed that the aid was for the Lebanese people and would come with “very strict” monitoring by the United Nations.

As protests in Beirut intensified over the weekend, with growing calls for the government to resign, Macron pressed Lebanon’s leaders to implement reforms.

“The Lebanese authorities must now put in place the political and economic reforms requested by the Lebanese people. I said it in Beirut a few days ago and President [Michel] Aoun — whom I greet here — knows: there is a need for reforms of the energy sector, public procurement, the fight against corruption and an audit of the national bank and financial markets,” he said.

Meanwhile in Beirut, Information Minister Manal Abdel Samad said on Sunday she was resigning, citing the explosion and the failure of the government to carry out reforms, Reuters reported. Shortly after, Environment Minister Damianos Kattar quit.

Christian Maronite Patriarch Bechara Boutros al-Rai said in his Sunday sermon that the Cabinet should resign as it could not “change the way it governs.”

Many in Lebanon see the country’s elites as responsible for Tuesday’s explosion, accusing them of corruption and mismanagement.

Protesters on Saturday stormed several government ministries in Beirut and the Association of Lebanese Banks amid street clashes between security forces and demonstrators.