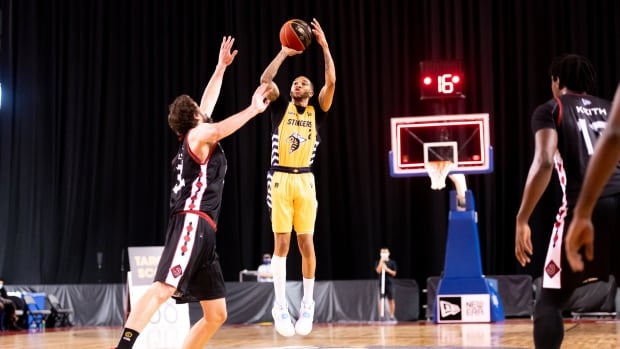 Xavier Moon converted two free throws to reach the target score as the Edmonton Stingers defeated the Fraser Valley Bandits 90-73 in the championship game of the CEBL Summer Series in St. Catharines, Ont., on Sunday.

Moon, who was named tournament MVP, led all scores with 31 points.

Travis Daniels added 14 points and eight rebounds for Edmonton, while Adika Peter-Mcneilly chipped in with 13 points off the bench.

All five starters for the Bandits reached double figures in scoring, including Junior Cadougan with a team-high 13.

The Bandits were considered a Cinderella story entering the Summer Series, having finished last in the standings the previous season.

The Stingers were riding a six-game winning streak entering Sunday’s contest at the Meridian Centre.

Due to the pandemic, the CEBL was not able to complete its season as planned, instead pivoting towards a hub-style tournament, with a 26-game series deciding the 2020 champion.

Furthermore, the CEBL is credited with being the first pro league to return to play in Canada.

The CEBL also adopted the Elam Ending this season. The clock is stopped at the first whistle after the four-minute mark of the fourth quarter at which time nine points are added to the leading team to establish the target score.