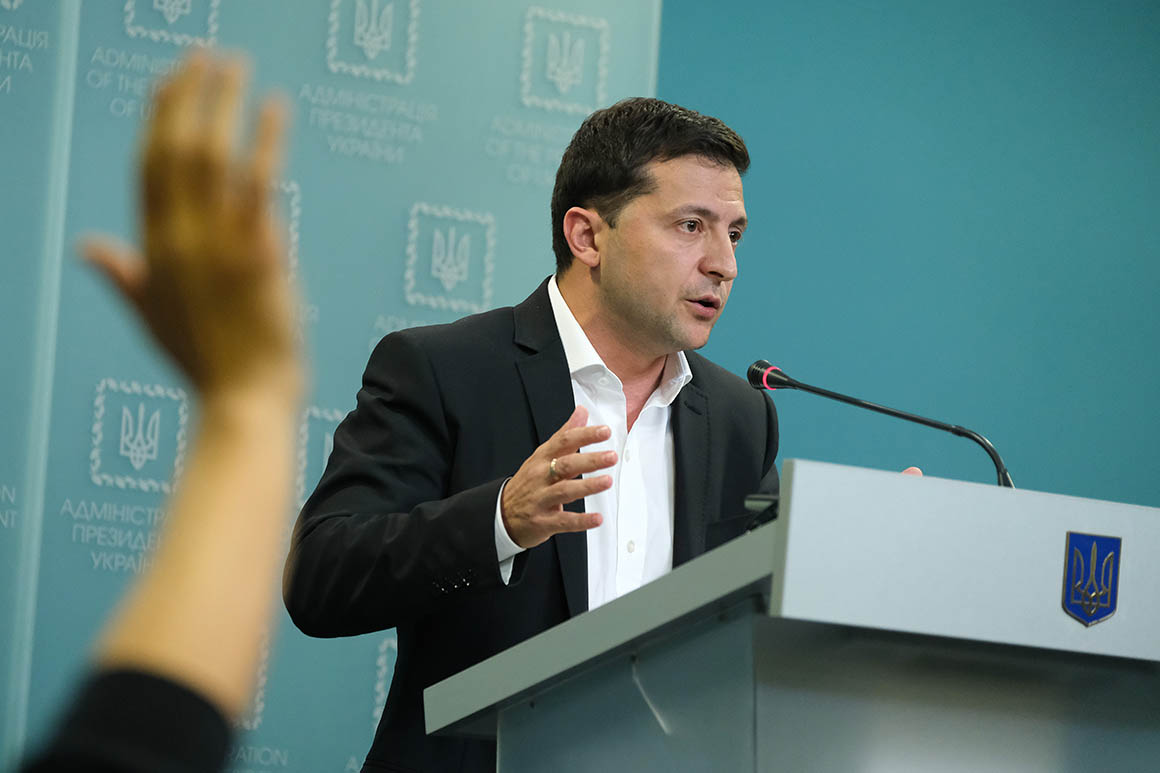 Ukraine’s president, Volodymyr Zelensky, is calling on Ukrainians to refrain from interfering in the upcoming U.S. elections. The call comes after the U.S. Intelligence Community released a statement saying the Russian government is trying to help Trump win re-election, and that a Ukrainian member of parliament is participating in that effort.

“It is never and under no circumstances unacceptable to interfere with another country’s sovereign elections,” Zelensky said in a statement posted on his Facebook page. “Once again, I assure our partners that Ukraine did not allow and will not allow itself to intervene in the future in the elections and thereby harm our trustworthy and sincere partnerships with the United States.”

He also urged Ukrainians to “refrain from any activity related to the U.S. presidential election and not allow themselves to try to solve any of their personal political or business problems” by doing so.

On Friday, Bill Evanina –– director of the National Counterintelligence and Security Center — released a statement on threats to the presidential election. He said the Intelligence Community has assessed that the governments of China and Iran both want Trump to lose re-election, and that the Kremlin is working to help Trump win. The entire statement only named one foreign national: Andriy Derkach, a nominally independent Ukrainian member of parliament who was previously a member of a pro-Russia party.

On that front, Derkach has had help. Rudy Giuliani, Trump’s personal attorney and a representative for the campaign, has touted Derkach’s claims on his podcast. He also met with Derkach in Kyiv late last year as Democrats’ efforts to impeach Trump reached a fever pitch. That meeting was part of a trip Giuliani made to help put together a documentary series for the pro-Trump cable network One America News.

Derkach did not immediately respond to a request for comment from POLITICO. He said previously that any allegations he was participating in an election influence campaign were “nonsense.” Giuliani did not respond Friday to POLITICO’s request for comment.

Trump has accused Ukraine’s previous government of working against him during the 2016 campaign, a topic of much discussion during the House of Representatives’ impeachment probe.